Got an issue to work out? The Judge Steve Harvey Show is now casting for people who are having issues with others over events.

The show’s casting team is currently looking for folks that are in monetary disputes over events that had to do with special occasions such as weddings and baby showers. See the below list for an example of what situations they would like to hear about. The show films in the Atlanta area and those that get cast to appear on Judge Steve Harvey will get travel paid to the Atlanta area as well as paid to appear on the show.

RUINING A BIG DAY (WEDDING, GRADUATION, BABY SHOWER, GENDER REVEAL, FUNERAL)
DID YOUR WEDDING CATERER MIX UP YOUR ORDER?
GRADUATION: SUE FAMILY MEMBER FOR NOT SHOWING UP OR BRINGING A GIFT
BABY SHOWER: SUE WHO PLANNED IT (NOBODY SHOWED UP, POORLY PLANNED, BAD FOOD, NO GIFTS)
GENDER REVEAL: SUE WHO PLANNED IT (WRONG COLOR, BAD PHOTOGRAPHER)
DID SOMEONE SPOIL YOUR GENDER REVEAL BEFORE THE ANNOUNCEMENT?
DID THE ITEM/SERVICE YOU PURCHASED REVEAL YOUR BABY’S GENDER MALFUNCTION OR REVEAL THE INCORRECT COLOR?

Must be over 18 to appear and $1,000 honorarium paid and all travel expenses to Atlanta.
FOR MORE INFORMATION, CONTACT sandra@mysticartpictures.net 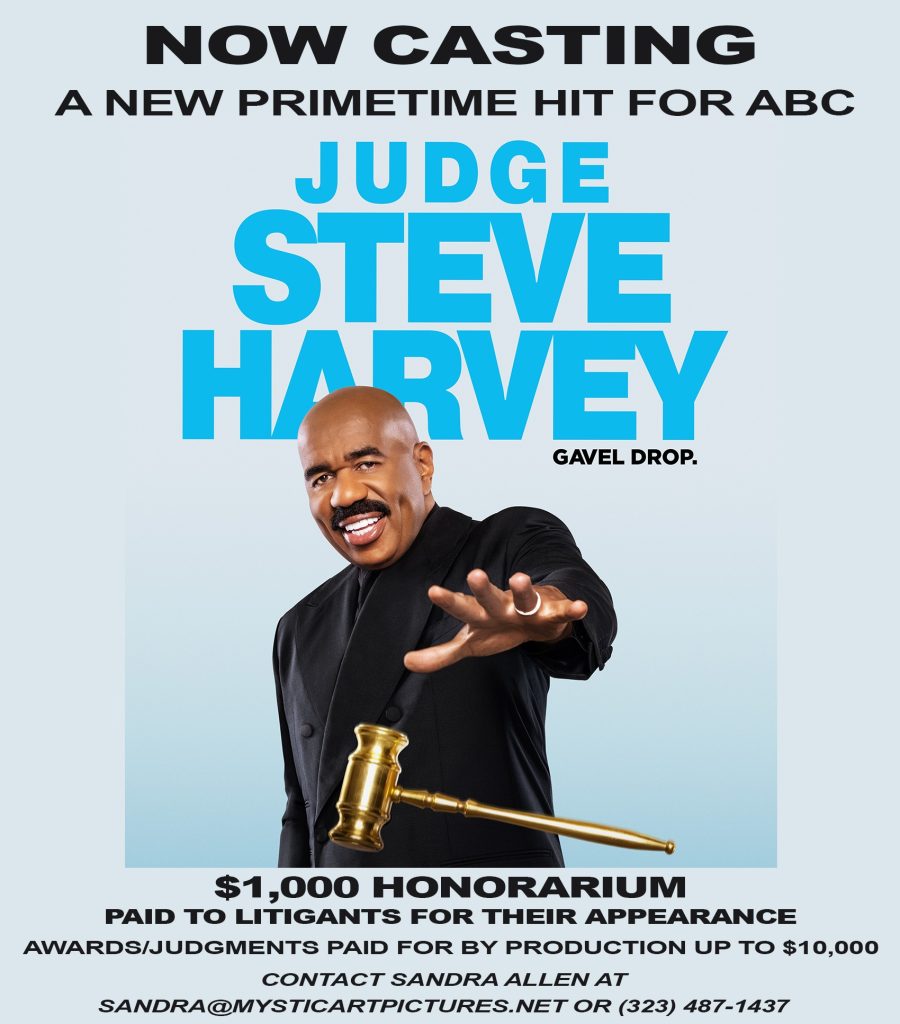