Judge Steve Harvey on ABC, and Steve wants to resolve YOUR issues.

Get on the Judge Steve Harvey show on ABC.  The show is now filming for the new season and is currently casting for people who have unresolved issues that they want Steve to help with. The show films in the Atlanta area and those that get cast to appear on Judge Steve Harvey will get travel paid to the Atlanta area as well as paid to appear on the show.

Steve Harvey employs his own life experiences and some good old common sense as he expands his resume by taking on the roles of judge and jury in the courtroom. Harvey welcomes a variety of conflicts and characters to his courtroom — from small claims to big disputes and everything in between — where, playing by his own rules, he helps to settle his guests’ cases with his own unique comedic flair.

Interested in being on the Judge Steve Harvey show?  Read on.

Maybe someone always borrows your stuff without asking, or a family member refuses to share a recipe? Perhaps your roommate eats all the food in the house, but never buys the groceries? Any real situation where you and someone else struggle to see eye to eye is eligible for consideration…and Steve’s ruling!

The show provides a trip to Atlanta (in August or September), $1000 honorarium per participant, and pays out any judgment up to $10000. Interested? 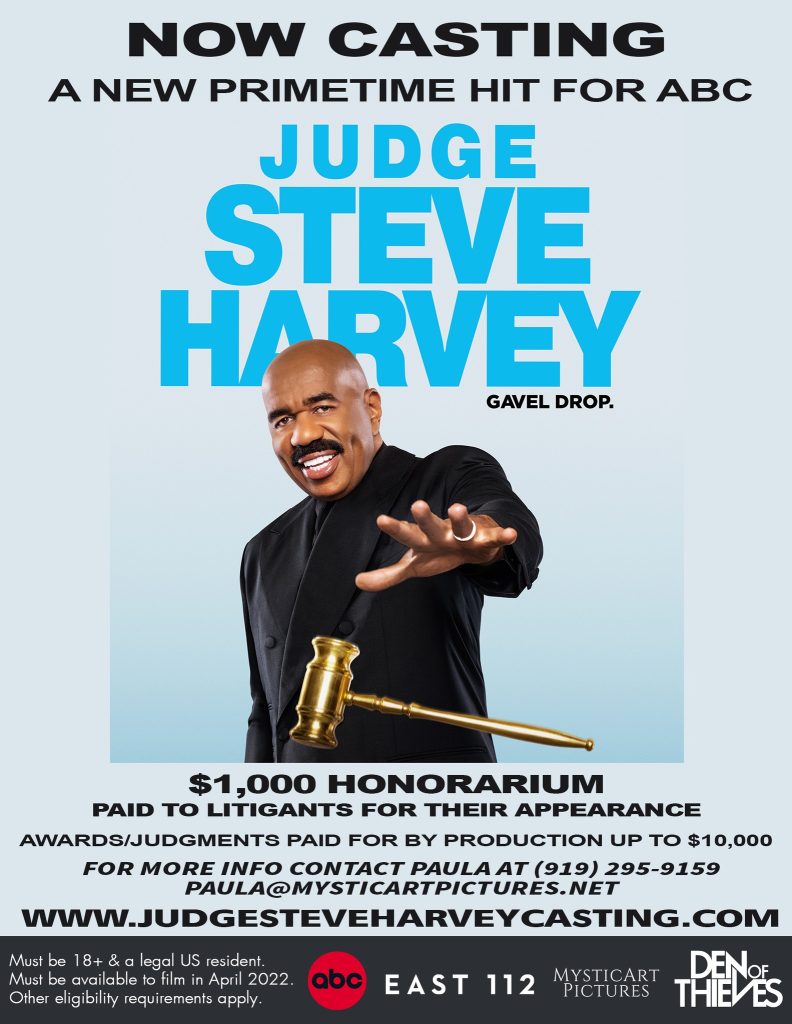 One thought on “Judge Steve Harvey Casting People With Issues”