One of the most ambitious projects ever produced by the Bergen County Players, Ragtime: The Musical will open BCP’s 90th season this September.

With direction by Larry Landsman, musical direction by Steve Bell, and choreography by Diana Baer, this acclaimed musical tapestry is filled with pageantry, emotion, and hope, bursting onto the stage like no other musical. Based on the best-selling novel by E.L. Doctorow, it depicts an African American family, a Jewish immigrant family, and a wealthy suburban WASP family, who collide in pursuit of the American Dream at the turn-of-the-century. Ragtime offers a powerful portrait exploring America’s timeless contradictions of freedom and prejudice, wealth, and poverty, hope and despair.

Nominated for 13 Tony Awards®, and winning for Best Original Score, Best Book of a Musical, and Best Orchestrations, Ragtime: The Musical was called by TIME Magazine “A triumph for the stage,” and by the International Herald Tribune “the best musical in twenty years.”

Additionally, there are two principal roles for children (boy and girl – stage age 8 – 12). Written by the award-winning composer/lyricist team of Stephen Flaherty and Lynn Ahrens, and noted playwright Terrence McNally, Ragtime: The Musical brings together a multi-ethnic cast of characters, portrayed by both BCP veterans and newcomers alike. 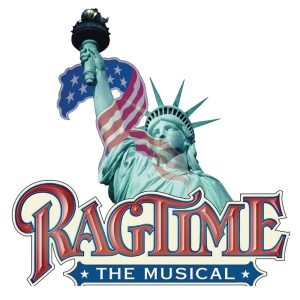 Open Auditions (in order of arrival):

Callbacks will include readings from the script and singing a song from the show.

Rehearsals: Rehearsals are scheduled to begin immediately following the audition process. All rehearsals will take place at the Little Firehouse Theatre in Oradell, N.J.

General Requirements: A headshot/picture is appreciated but not required. Please prepare an excerpt of a song (16-32 bars) not from RAGTIME that best represents your voice and bring sheet music for the accompanist in the proper key. A contemporary Broadway or pop genre song is preferred but not required. No a cappella or recorded music auditions please. Those auditioning should also dress comfortably and be prepared to learn a brief dance routine.

Based on BCP’s desire to keep its members and patrons safe, anyone involved with a live BCP production must be fully vaccinated against COVID-19 and be willing to provide proof of vaccination. This policy covers all members of a production including performers, musicians, crew, artistic staff and anyone whose job is dependent upon in-person interaction.

Coalhouse Walker, Jr: A proud and talented pianist, confident and stubborn. Sophisticated with a romantic demeanor and a gentle heart. Should be able to move. Piano playing helpful but not essential.

Vocal Range: Ab to G, with a sustained high F#

Sarah: A washwoman, filled with a strong will to live fueled by an innocent spirit, falls deeply in love with Coalhouse after much resistance.

Mother: The consummate wife and mother, a kind woman who is gentle, compassionate, optimistic, and accepting of others.

Vocal Range: Baritone, B to E on staff

Tateh: A Jewish, Latvian immigrant, intelligent, passionate, and creative artist. Full of drive and heart. Wears the trials and tribulations of his past on his sleeve. Lives for his daughter. Eastern European dialect.

Grandfather: Mother’s patrician father. He is a retired professor, and easily irritated by nearly everything.

Emma Goldman: Social activist. Eastern European / Jewish immigrant, anarchist. Originally from Russia, she is a leader, a fearless advocate for the oppressed.

Harry Houdini: Hungarian immigrant, internationally famous magician. With notable physical ability, he stands as a symbol of the ‘American Dream.’

Evelyn Nesbit: Beautiful vaudevillian performer, the “Marylin Monroe of her time.” Famous for the murder of her high profile lover by her rich husband.

Willie Conklin: Irish-American fire chief who is racist and takes out his anger on Coalhouse.

Booker T. Washington: Brilliant Black social activist. The dominant figure in the African American community of the United States at the turn of the century.

Henry Ford: An American industrialist and founder of the Ford Motor Company.

J.P. Morgan: The rich, famous financier. THIS ACTOR WILL DOUBLE AS ADMIRAL PEARY.

The Little Boy “Edgar”: Mother and Father’s son. An earnest boy who has grown up in privilege. Open hearted to people that are different from him and has the precocious innocence of youth with inexplicable clairvoyance. Never passes judgement on others.

Vocal Range: voice not yet changed, E4 to D5

The Little Girl: Tateh’s daughter. Her arrival in America is marked by sickness and hunger. She is scared of her new surroundings and loyal to her father, her only living relative.

Young Coalhouse Walker III: Innocent and pure. Son of Coalhouse and Sarah. This role appears briefly at the end of the play and has no lines or songs.

CAN BE DOUBLE OR TRIPLE CAST WITH ALTERNATING PERFORMANCES

Bergen County Players encourages and is committed to a diverse and inclusive theater experience. Unless otherwise specified, BCP will cast any actor in any role if appropriate, without regard to race, ethnicity, gender identity, age, physicality, or disability. Casting will be character-driven; therefore, actors are encouraged to audition for any roles in which they are interested.

The Bergen County Players, Inc. is a non-Equity, non-profit community theater company dedicated to presenting quality productions for the enrichment of the community and is a member of the New Jersey Association of Community Theaters.