Violeta: Age early 20s African- American female. Medium build. Average height. When she gets nervous, she shuffles her deck as a nervous tick. She usually wears darker clothes that are flowy and comfortable. She gets protective over the people she cares about. Violeta considers Nico to be her only family.

Nico: Age late 20s male Hispanic. Strong build. Average height. Nico has an accent, but he tries to hide it. He is a teacher, mentor, and friend to Violeta. He is intelligent in witchcraft; he believes that people have to gain his trust no matter what.

Helena: Age late 20s- early 30s, white female. Average Height, toned. Skilled with knives and ranked one of the best witch hunters in her corporation. She is well respected by her partner, Simon.

Simon: Age early- mid 20s, white male. Average height, muscular. New to the witch hunter corporation. He has a strong skill set in fighting. He’s cocky and looks up to Helena. He’s determined to get hunts done quick and right.

Nico is in the middle of teaching Violeta a new tarot card spread. Violeta tells Nico that Helena and Simon took another witch last night. Nico continues with the lesson. Violeta is worried about her and Nico. Nico comforts Violeta and reassures her that they are safe from the witch hunters. Nico leaves the apartment to get food.

On his way to a restaurant, witch hunters, Simon and Helena, kidnap, Nico. Violeta, his mentee, learns of the kidnapping. Frightened, but determined, Violeta decides to rescue him.

She comes up with a plan and armed with the spells she’s learned from Nico, goes after the witch hunters. Violeta fights the witch hunters and after a rough battle, defeats them. She frees Nico and they return home where they recover and prepare for future attacks.

This casting notice was posted by: Sydney Rodriguez 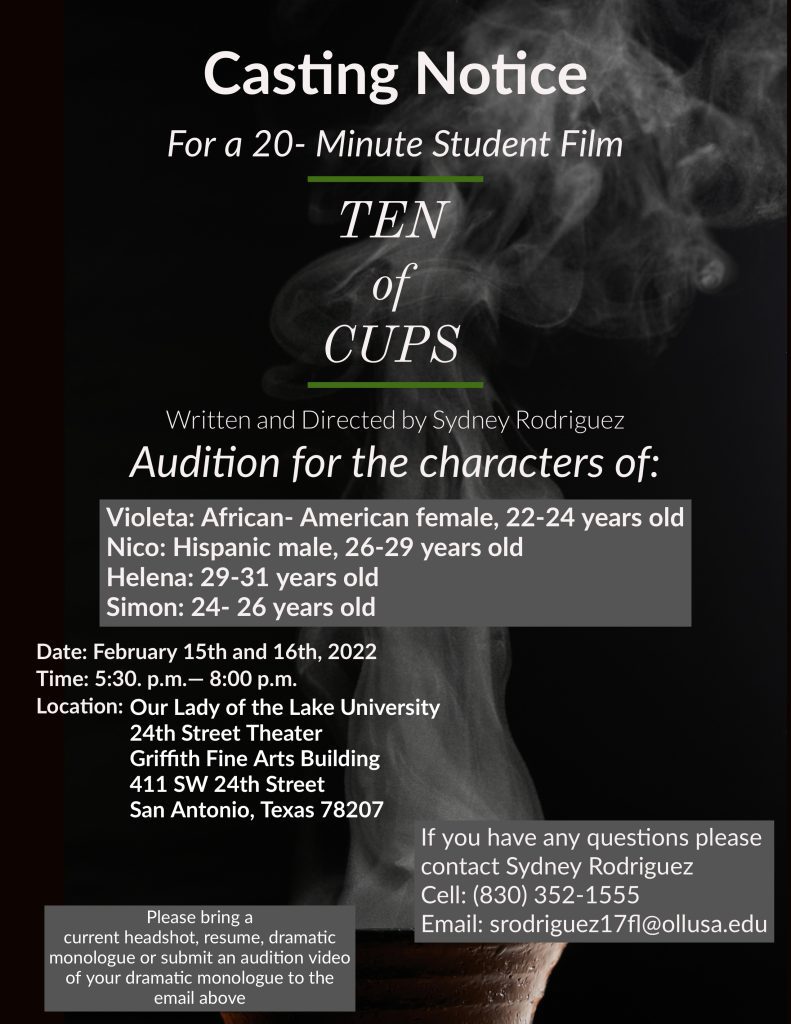