Non-Union International Actors/Dancers of Color are welcome! + English is NOT required.

Auditions
First Round Auditions : Now thru Feb 2023
(you can schedule any convenient 30 minute block for a Zoom Audition between now and then)

Callbacks : will be March thru April.

Final Announcements : will be made in June 2023

Specs :
$400 (USD) = 4 weeks, including:
+ 4 consecutive 8-hour Saturdays with full cast
+ Individual rehearsals (3 hours/actor) during each week
+ Actors will also be asked to self-tape short video documentations throughout the duration of the process
Schedule is pending the assembly of the full team.
Right now I’m tentatively thinking we start in August 2023

For consideration: email a photo of yourself + resume + Role you are interested in to : themoonstudio8 [at] gmail.com 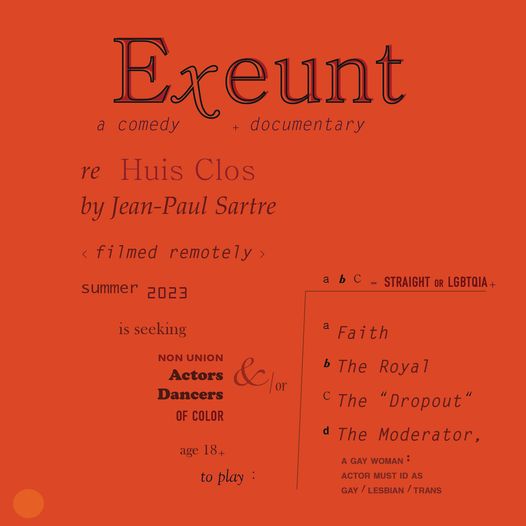