This notice was posted on auditionsfree.com 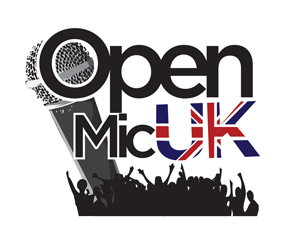 Those who make it through the auditions for singers stage will go on to perform across the UK in live showcases complete with an audience and judging panel in some of the UK’s most prestigious live music venues. By entering for the Open Mic UK auditions for singers, acts have the chance to progress through the competition to play the Grand Final at the UK’s most recognised live music venue, The O2 in London.

The auditions for singers and live showcase judging panels are made up of music industry specialists, A&R, vocal coaches and guest celebrities. Gracing the judging panel in previous years has been Radio 1 DJ Annie Nightingale, Another Level star Dane Bowers and R’n’B sensation and double Mobo award winner Shola Ama, who are hopefully set to make another appearance for the 2012 competition!

There are plenty of opportunities for acts that enter the auditions for singers to win prizes throughout the competition with over £50,000 worth of prizes up for grabs, including a new main prize of £5,000 cash to the overall winner, £2,500 to the runner up and £1,000 for the remaining age category winners! The winning act will be crowned in front of a packed out crowd at The O2 in London!

The Open Mic UK competition is divided into age categories – Under 16, 17-22, and 23 and over, so all ages are welcome to attend the auditions for singers. All types of singers, vocal performers, groups and acoustic singer/songwriters are invited to enter Open Mic UK for a auditions for singers. It’s all about finding an act that has the ability to become a professional recording artist.