Artistic Director
This notice was posted on auditionsfree.com

Audition for the STOLEN SHAKESPEARE FALL FESTIVAL, “Merriment and Magic”
Presented by the Stolen Shakespeare Guild
Featuring Shakespeare’s A MIDSUMMER NIGHT’S DREAM
and Rowley’s THE BIRTH OF MERLIN

All roles are available. Actors and Actresses will be cast in both shows as with a repertory company. May be able to single cast some roles in Merlin but all of Midsummer cast will double in Merlin. Both shows are ensemble.

Performances: The productions will play October 26 – November 11 at the Sanders Theatre in the Fort Worth Community Arts Center.

Audition Times and Information: The auditions will be held at First Christian Church, Irving South 114 West Grauwyler Rd. Irving, TX. 75061. You may e-mail the artistic director at shakespeareguild@aol.com or call 817-988-2058 to arrange a time or ask any questions. If you cannot make the audition date feel free to contact us to see if there are any other available times.
Wednesday, August 1 from 7:00 to 9:00 (Appointment or Walkups)
Friday, August 3 from 7:00 to 8:30 (Appointment only)
Sunday, August 5 from 4:00 – 6:30 (Appointment or Walkups)
Call backs TBA if needed.

Preparation: Auditions will be cold readings from the script. Some sides will be posted on our Facebook Page. Go to our website for the link at www.stolenshakespeareguild.org or just look us up on Facebook. Please bring a head shot and resume.

MALE ROLES:
THESUES, Duke of Athens
PHILOSTRATE, Master of the Revels for Theseus
EGEUS, father of Hermia, wants his daughter to marry Demetrius
LYSANDER, who is deeply in love with Hermia until a potion shifts his affections to Helena, then another potion shifts him back, marries Hermia
DEMETRIUS, strongly in love with Helena before he sees Helena’s friend Hermia; Demetrius falls madly in love with her, but eventually marries Helena.
OBERON, King of the Fairies
PETER QUINCE, carpenter, who leads the troupe and is the Prologue
NICK BOTTOM, weaver; Bottom’s head is turned into a donkey’s head by Puck. He plays Pyramus in the troupe’s production of “Pyramus and Thisbe”.
FRANCIS FLUTE, the bellows-mender who plays Thisbe.
ROBIN STARVELING, the tailor who plays Moonshine.
TOM SNOUT, the tinker who plays Wall.
SNUG, THE JOINER who plays a Lion.

MALE ROLES:
AURELIUS, King of Brittain
VORTIGER, King of (Welsh) Brittain
UTER PENDRAGON, the prince, brother to Aurelius
DONOBERT, a nobleman, and father to Constantia and Modestia
THE EARL OF GLOSTER, and father to Edwin
EDOL, EARL OF CHESTER, and general to King Aurelius
CADOR, EARL OF CORNWAL, and suitor to Constantia
EDWIN, SON TO THE EARL OF GLOSTER, and suitor to Modestia
TOCLIO, a noblemen
OSWOLD, noblemen
MERLIN THE PROPHET
ANSELME the hermit,
CLOWN, brother to Joan, mother of Merlin
SIR NICHODEMUS NOTHING, a courtier
THE DEVIL, Father of Merlin
OSTORIUS, THE SAXON GENERAL
OCTA, A SAXON NOBLEMAN 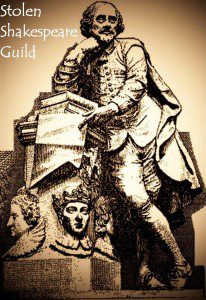