Playboy is holding auditions for models in Dallas Texas this week.

Auditions for the magazine and its other entertainment companies will be held by appointment only. Please see the below casting flyer for submission information.

Playboy is adult men’s magazine that began in 1953 and was founded by Hugh Heffner. The first edition of the Playboy magazine featured Marilyn Monroe on the cover. Since the 50’s Playboy has grown into a global brand that includes publications, Television networks, reality TV shows, websites, and just about every other kind of entertainment market. Playboy Enterprises, Inc., has a presence in nearly every medium. Playboy is one of the world’s best known brands. In addition to the flagship magazine in the United States, special nation-specific versions of Playboy are published worldwide. 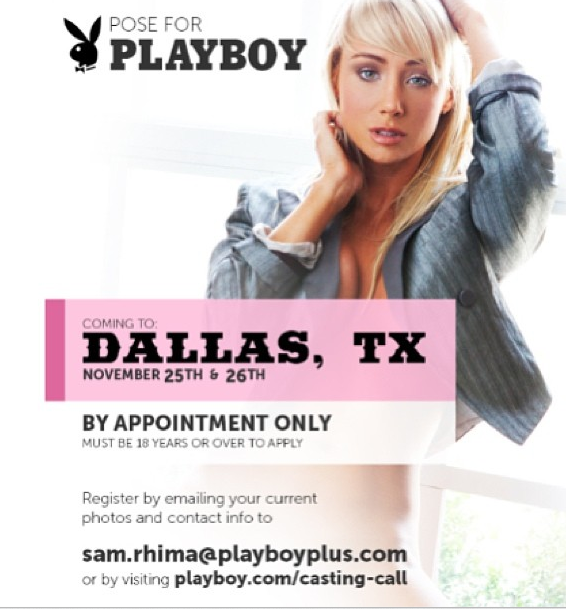