The 2014 season of Masterchef is holding open auditions this month and next. The open call schedule has been updated with more locations. The show will be coming to Los Angeles, Kansas City, Philadelphia, New York City, Chicago, Denver and Columbus Ohio.

The show is seeking passionate cooks from all walks of life! Whether you love to bake desserts or barbecue burgers, if you have a passion for food, Masterchef wants to hear from you! If you have always had a dream of being recognized for your great cooking, Masterchef may be a perfect opportunity to show the world your culinary skills.

The show is casting amateur cooks nationwide. There are some restrictions, you must be at least 18 years old and a legal US resident, plus, you must be an amateur cook. You musty not be working at a restaurant or any food service business nor have attended culinary school. The show will be filming between January and April 2014 and those selected should have open availability during that time.

If attending the open auditions, you must bring with you a completed application as well as a prepared dish.  Copies of the application will also be passed out at the casting call. You will not be allowed to heat up your food or do any kind of preparation at the audition. You will need to bring everything you need to plate with you including plates and utensils. You will have a few minutes to plate your food. There will not be anywhere you can leave your stuff, you will need to carry anything you bring with you. 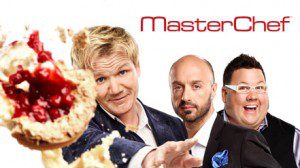 Parking: $12 at the location. Multiple other options available.

Parking: Across the street there is a municipal auditorium which charges $15 a day. Multiple other options available.

Parking: On site for $45. Multiple other options too.

Parking: Discounted on site for $7. Multiple other options too.

Parking: Park America lot adjacent to location is $12. Multiple other options too.

Masterchef is hosted by Gordon Ramsay and airs on FOX. The judges on the cooking competition are Gordon Ramsay, Joe Bastianich and Graham Elliot.