The film “Somnia” begins filming in Mobile Alabama shortly and film producers are holding an open casting call for extras to work in the Mobile, AL area from November to December.

“Somnia” is a psycho, horror / thriller that stars Katee Sackhoff (‘Battlestar Galactica’, ‘Riddick’, ’24’). The film is directed by Mike Flanigan and is a centered on an orphan whose dreams and nightmares manifest physically as he sleeps.

“a haunting, emotionally absorbing horror film about an orphaned child whose dreams—and nightmares—manifest physically as he sleeps.

The film explores the enduring bonds between parent and child and is punctuated by sequences of intense, visceral terror that only a child’s imagination could conjure.”

The production is looking men, women, teens and children 6 and older of any ethnicity, type and age. Mobile Alabama residents can come out for the open casting call for a shot to be background in the new film.

Where: University of South Alabama Baldwin County in Fairhope at 111 St. James St. (Look for signs)

You need to bring valid, government ID to this event as well as a pen to fill out some forms. You do not need to bring photos because photos of everyone applying will be taken by production that day. You should also bring a sheet with your measurements such as your clothing sizes, height, weight and shoe size. They do want some very specific measurements and would like you to include neck, chest, waist, sleeve, inseam, and any other sizes of value to fittings.

If you are a Mobile resident that can not make it out that day, you are free to email a few pics and your availability and sizing information to fairhopecasting@gmail.com for consideration. Please also include your contact info as well as age and where you live.

Please note that this casting call is ONLY for people that live in Mobile Alabama or surrounding areas. DO NOT submit if you are from out of town or out of state since travel expenses will not be covered for any extras. All extras will be paid at about the rate of minimum wage for the hours worked. 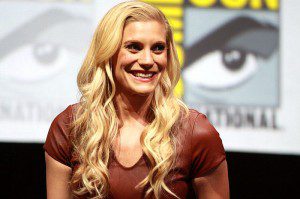