If so, the new Emma Roberts / Mickey Rourke film “Ashby” is filming in Charlotte next week and Tona Dahlquist casting has released a casting call for extras who can portray Prep School parents.

The production is looking for adults 30’s to 50’s to work on a scene filming July 10th.

Ashby will star Emma Roberts (We’re the Millers), Nat Wolff, Sarah Silverman and Mickey Rourke. The film is written and directed by Tony McNamara. “Ashby” is a comedy/drama about a dying CIA assassin, played by Mickey Rourke and his relationship with a high school student, Ed Wallis, played by Nat Wolff (The Fault in Our Stars).

Filming on “Ashby” began last month in Charlotte, NC and it is cheduled to film through the end of July. 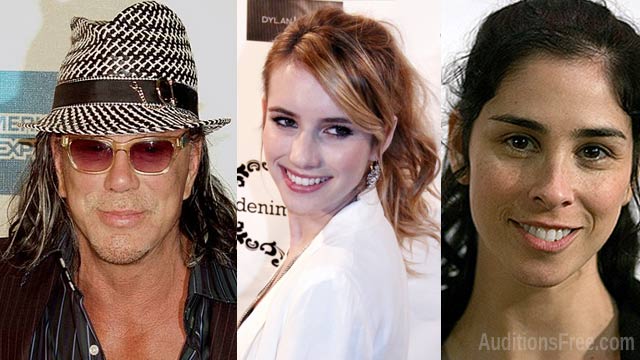 Here is the notice, Charlotte, North Carolina area only.

ASHBY -Seeking High School Prep School Parents for filming on Thursday July 10th in Charlotte area. Should be ages Late 30’s, 40’s -50’s. Must be 100% available on Thursday.
Please submit a current snapshot/photo, your name, age, phone, height/weight, city/state you reside to us at ashbycasting@gmail.com with heading PREP SCHOOL PARENT.
We may also be needing you another day or two if you are available later on as well