Looks like the DC Comics series “Constantine” is now in production in the Atlanta area.

Some months back in March, the show was filming its pilot and since there is a extras call for the show, they must be moving right along and filming the series episodes.

The series is seeking a older African American woman with a “ghostly appearance” to be in a scene filming in Atlanta. There is no specified date for the shoot.

The NBC series “Constantine” based on the DC Comics supernatural comic book of the same name is now filming in Atlanta. In the mid 2000?s there was a movie which starred Keanu Reeves also called “Constantine“. The new TV series will not be following the movie version of “Constantine”, but rather stay closer to the comic book character who is a supernatural investigator / conman from London. The new show will premiere this Fall and John Constantine will be kicking evil’s ass every Friday on NBC. However, since this will be on network TV, Constantine will have to fight evil in an un-character like non-smoking manner.

Matt Ryan will play John Constantine. The pilot episode will also feature Harold Perrineau (‘Sons of Anarchy’, ‘Lost’), Lucy Griffiths (‘True Blood’) and Charles Halford (‘Dadnapped’, ‘The Cell 2?). “Constantine” is part of the NBC new line up NBC’s for the 2014 and 2015. 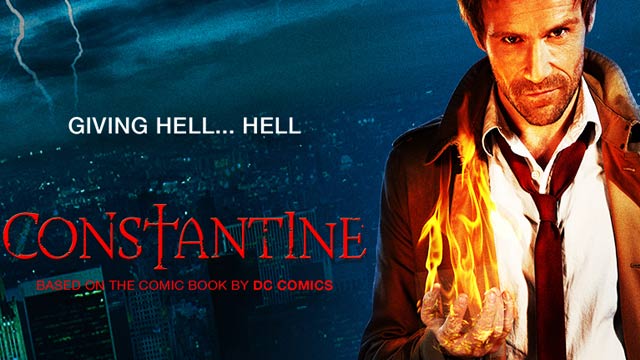 We are in need of an Older African American woman 65 and over thin and frail looking – Ladies if this is you before you go the hair salon, we want that look – charactery and ghostly appearance- please share; )
send to this email
constantinemhc@gmail.com
Name
Contact
Ht
Sizes
and 3 recent photos..please no makeup in these pictures, be organic and natural. ; ) put ORGAN in subject line

“Constantine” will be a dark new thriller  – “Giving Hell…. Hell“.

The new series does have a trailer out – Check it out!