BET’s ‘The Game’ is about to begin filming the 8th season of the show.

The series films in the Atlanta area and casting directors at Hylton have issued a casting call for extras to appear on the show.

The Game was created by Mara Brock Akil and premiering in the fall of 2006. ‘The Game‘ was a spin-off of the CW series ‘Girlfriends‘ and ran for three seasons on the CW Network. After the cancellation by CW, BET picked up the show. Season 4 premiered on BET in 2011 and the show is now going into season 8 on BET.

The Game started with Melanie Barnett (Tia Mowry) playing a  medical student who got involved in a relationship with a professional football player. Melanie’s boyfriend was starting with a football team in San Diego and she joined him in the move. She meets others who are involved in professional sports and the show focuses on the relationships between couples and friends who are a part of the professional athletics world. Recent seasons have been less about the game of football and more about the personal relationships of the cast.

The show is seeking paid background actors who are 18 and over to play the roles of pro football players, dancers, models bartenders, executives football fans and clubbers. If you live in the Atlanta area and are interested in appearing in a small extras role on the series please follow the directions below to submit your information directly to casting directors. The new season of ‘The Game‘ will begin production this month in Georgia and will film through November 2014. 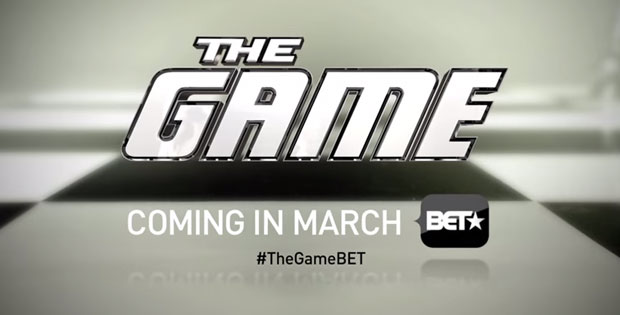 Apply now to be an extra on the TV Series “The Game” Season 8. Filming will take place in Atlanta, GA, September – November 2014! 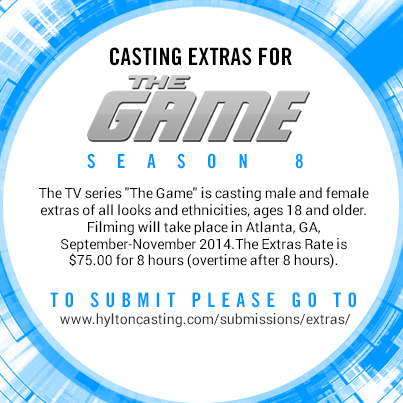 Please note, if you have already submitted your information on HyltonCasting.com, you do not need to resubmit.

You will still be considered for “The Game” Season 8.

One thought on “‘The Game’ Season 8 Now Casting in Atlanta”