Film crews are in Yonkers filming the upcoming HBO mini-series, “Show Me a Hero” about the desegregation of Yonkers in the 80’s. The project is looking to cast extras to portray angry Caucasian residents and protesters in scenes filming next week in the Yonkers, New York area. The scene will be filming next week on the 16th and all roles are paid.

According to The Wrap, Winona Ryder, Alfred Molina and Jon Bernthal are all on-board for the project. “Show Me a Hero” is written by Simon and William F. Zorzi, directed by Paul Haggis and will also star Oscar Isaac, Catherine Keener, Jim Belushi, Terry Kinney and Michael Stahl-David (per IMDB). The HBO project is created by David Simon and inspired by Lisa Belkin’s book of the same name. The series focuses on the low income housing project in Yonkers that drew fierce criticism from residents, almost shut down the local government and ruined the political career of then mayor who was tasked with creating the low income housing. 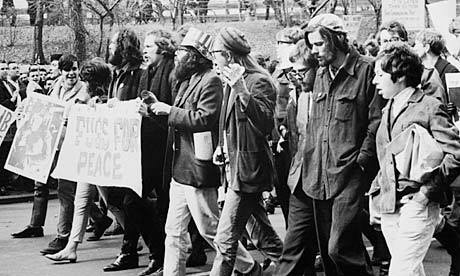 Seeking the following for the upcoming HBO miniseries “Show Me A Hero”, starring Oscar Isaac, directed by Paul Haggis (“Crash”) and produced by David Simon (“The Wire”, “Treme”).

We are specifically seeking NON UNION Caucasian men & women to portray ANGRY RESIDENTS of Yonkers marching & protesting against a housing development. This scene is scheduled for Tuesday December 16th. This is a DAY SHOOT in YONKERS. Courtesy transportation to set from Manhattan will be provided for anyone who needs it.

We will be filming INTERIOR. The season we are portraying is WINTER.
The pay rate for Non Union is $115/12 hours.

If you have already worked on this show, please let us know what date, scene, role you worked in.

IF YOU ARE AVAILABLE & INTERESTED IN WORKING ON THE SHOW , PLEASE EMAIL A CURRENT, CLEAR PHOTO (headshot or non professional/ selfie is fine) TO HERO@GWCNYC.COM & CHANGE THE SUBJECT LINE TO READ:
your full name, union status, how we found you, date available, scene, Role Type, phone #, van or self report

AGAIN– If you have already worked on this show, please let us know what date, scene, role you worked in.****

Please only apply if you live in the New York area and available on the above listed dates.

One thought on “HBO Mini-Series “Show Me A Hero” – NY”