The miniseries ‘Dig‘ is casting extras in New Mexico

The new USA network TV series is filming in Albuquerque and is looking for male and female extras who are available to work this fall and do not have any tattoos.

The show is created by “Homeland” executive producer Gideon Raff and “Heroes” co-creator Tim Kring. The series is set in Jerusalem but a good amount of the scenes will be filmed in the Albuquerque area this fall.

‘Dig‘ is described as an archaeological thriller that follows American FBI agent, Peter, played by Jason Isaacs. Peter is stationed in Jerusalem when he discovers a conspiracy, describer as 2000 years in the making, while investigating a murder. The cast includes Anne Heche, Alison Sudol, Regina Sudol, David Constabile and Omar Metwally.

Latham Casting is seeking the following:

Latham Casting is looking for men and women to work as paid background actors for a 10-episode television series. Please register at www.lathamcasting.com to be considered.

This casting notice was posted by: Lorrie Latham 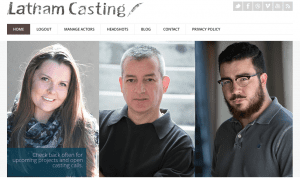