There is a casting call out for various featured roles in the new Samuel L. Jackson film “The Same Kind of Different as Me“

This film has been in the works for some time and there are reports going back to 2009 stating that Jackson had joined the cast. Looks like the project is finally about to begin production and folks in Jackson Mississippi have a chance at some small roles in the film. The Mississippi Film Office announced that an open casting call will be held this weekend for featured roles and general extras.

Samuel L. Jackson will star in “Same Kind of Different as Me,” based on the best selling novel of the same name written by Hall, Moore and Lynn Vincent. The nonfiction novel has been adapted by screenwriters Roderick and Bruce Taylor. in “The Same Kind of Different As Me” Jackson will play Denver Moore, an ex-con drifter who develops an unlikely friendship with a wealthy Dallas art dealer named Ron Hall. Veralux Media, Winter Road and 1019 Entertainment will be producing. 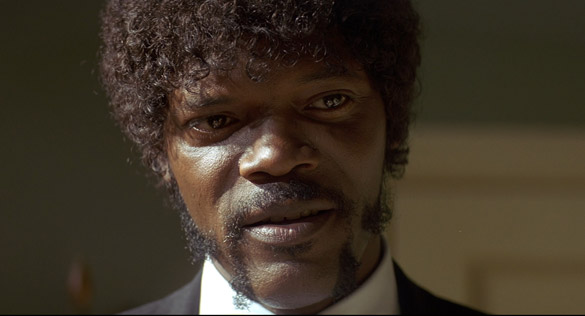 The open casting call / auditions will be held on the 18th and the 19th at the Marriott Hotel on Amite Street in Jackson, Mississippi.  Casting directors for the project are looking to fill recurring, featured and background roles. “The Same Kind of Different As Me” begins filming this month and will continue production through December. The film is also looking for cars from the 30’s, 40’s and 50’s.

Please see the attached casting flyer for more information about the types the film is seeking. For those that cannot attend the open call, there is an email address listed for talent who would like to submit their information for consideration. 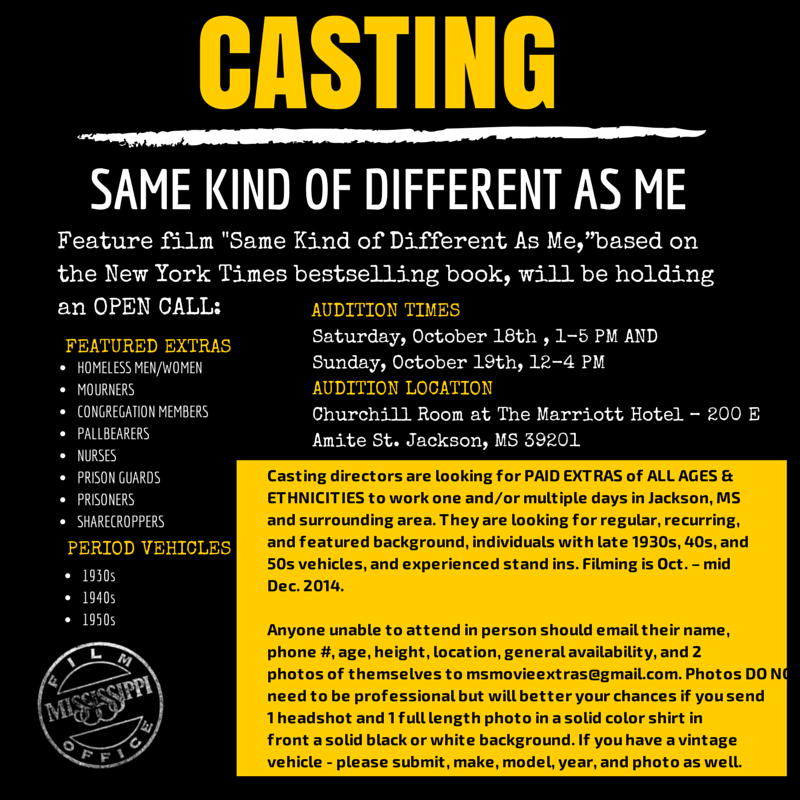