Please note that this has been updated! The Montgomery Alabama casting call for “Selma” has been rescheduled for the 9th. See below.

“Selma” will begin production in Alabama shortly and has now announced an open casting call for those who would like to be extras on the film. The film is looking to cast extras between the ages of 17 and 70.

The  MLK feature film is looking for hundreds of Extras who are available to work this summer, June 17th through the 20th in Alabama. All extras who are hired to work on the project will be paid, see below, and may need to be available on set for up to 14 hours during the filming days.

There are 2 open casting calls scheduled so far, one in Selma Alabama and another in Montgomery.

Here is the Information:

Selma Productions, Inc., is looking for 500 extras for the feature film “Selma”, currently in production to be released Spring 2015
The Casting Director will see candidates on Monday, June 9th, from 3-8pm at the Performing Arts Theatre in SELMA, ALABAMA 36701

Candidates MUST:
Be 17 to 70 years old
Bring valid photo ID
Bring recent photo
Be eligible to work in the U.S.
Be African American or Caucasian
Be male or female
Be able to work 12-14 hours in vintage wardrobe
Be available and have means to attend wardrobe fitting in Selma, AL
one of the following days: June 17th-20th, 2014
Be willing to working as a local hire at $64 for 8 hours
Breakfast and lunch will be provided during filming days. 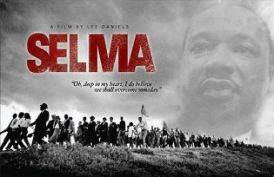 Selma, is an Oprah Winfrey produced feature film about Martin Luther King and the civil rights movement.  The film is set during 1965  and chronicles his voting rights campaign. The film depicts the events leading up to and including the non-violent demonstrations of 1965 in Selma, Alabama. In 1965. Paramount Pictures is behind this project and David Oyelowo is set to star in the film as Dr. Martin Luther King Jr.

The film is set in 1965, so they would like people who can fit into that time frame. Seeking natural looks only.

Martin Luther King led a 54 mile march from Selma to Montgomery Alabama.  Oprah Winfrey will produce the movie for Paramount Pictures and that the film will be directed by Ava DuVernay.

Ava DuVernay is the first black woman to win best director at the Sundance Film Festival with her 2012 microbudget indie drama “Middle of Nowhere.”