Shakespeare “King Lear” film to hold auditions for many roles. Will film in the DC area.

The film will be shot in Washington, DC under a SAG-AFTRA new media contract over 5 weeks with a similar rehearsal period in the fall. All actors must have local housing as transportation and housing costs are not covered.

Shakespearean experience is required. Some background characters (Knights, Soldiers, Servants et al) have dialogue and some background actors will double parts. All actors must be willing to let their hair grow long. This is not being filmed from a stage production.

AVAILABLE ROLES:
Goneril: 27+ One of the most progressive and contemporary women in all of Shakespeare: fiercely independent, ambitious, utterly ruthless and determined, she counts on no one (Edmund the only exception) and asserts herself totally.
Regan: 26+ A reactor, not an initiator. Charming, dependent, ruthless, practical and vindictive. Dominated by Goneril but ultimately rebels.
Cordelia: 22+ Extremely private, independent and implacable. She is highly perceptive, dignified, romantic and vulnerable. She cannot tolerate deceit. Very strong and determined.
Kent: 55+ A warrior with the strength of 2 men and the loyalty, integrity and courage to match. Like Lear’s knights, he is battle-tested and implacable in his admiration and respect for Lear.
Cornwall: 30+ A strong leader. Constructive, egocentric and ruthless. A realist and a man of action.
Albany: 30+ Conciliatory, unassertive and patient. Courageous and bold when finally stirred to action. Highly ethical and intelligent.
Gloucester: 60+ Selfish, self-absorbed, cynical and credulous. He judges everything by appearance. Ultimately, he proves a brave and decent man.
Edgar: 26+ Totally trusting and credulous. Has never been challenged either physically or emotionally and on a conscious level has no awareness of his enormous potential.
Edmund: 26+ Next to Iago, Shakespeare’s greatest actor. Charming, amoral, cold-blooded and totally objective.
Fool: 20+ He represents a pure expression of instinct. Nature domesticated. Driven to say and do what he does. Never cunning or clever by design. Devoted to Lear.
Oswald: 26+ A superbly efficient, cunning and ruthless servant. Everything he does is purposeful and furthers Goneril’s ambitions. Unqualified loyalty.
Burgundy: 28+ Pragmatic and businesslike. Weighs all his options analytically.
France: 26+ Romantic, intelligent, gentlemanly and highly perceptive.
Knights: 26+ Rugged, powerful and fearless warriors. Battle-tested and totally devoted to Lear.
Doctor: 45+ Warm, intelligent, supportive and experienced.
Servant: 60+ Brave, loyal and devoted to Gloucester
Soldiers: 25+ The British are representative of Cornwall and Goneril; the French of Cordelia. Like master, like servant.
Captain: 26+ Unconscionable. Would do the bidding of Attila the Hun. 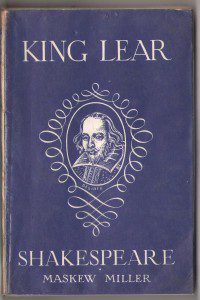 Please send by mail a P&R indicating the role you are interested in or “as cast”. You may include a reel and/or indicate links to online work. Auditions by appointment will begin in DC in June. It may be possible to audition online but the final callback must be live. Final callbacks will be videotaped. Union/Non-union
Mail to:
Casting
704 26th St S
Arlington, VA 22202