“From Dusk ‘Till Dawn” the Robert Rodriguez vampire cult classic is getting a remake into a TV series and production is going on now. The film’s casting directors are seeking some recurring extras that are available to work weekly through spring on set.

Casting is being handled by Beth Speko and Third World Casting out of Texas and they are only interested in people who are local to the area as no travel expenses will be paid. They are seeking males who fit the descriptions below that have a fairly open schedule that will allow them to be on set at various dates for 8+ hour days in the Austin area.

Robert Rodriguez is writing and directing the new series which is being created to run on his new TV network, El Rey.  The series will be the first scripted series for the network and will pick up many parts of the original story and also bring back of of the films original characters. The cast for the new series has already been announced and the series is set to premiere in early 2014 on El Rey.

The show is set to film 10 episodes currently. Austin residents only, please. 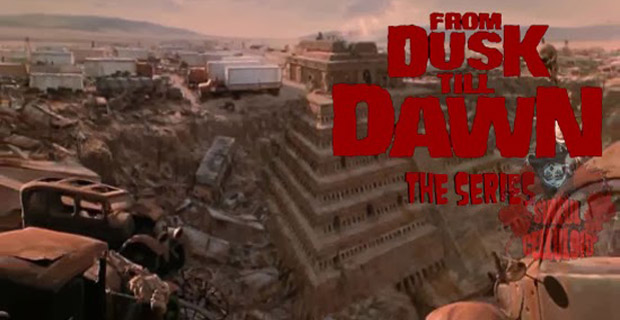 The Film came out in ’96 and had a huge cast which included George Clooney, Quentin Tarantino, Harvey Keitel, Juliette Lewis, Salma Hayek, Cheech Marin and Danny Trejo. The new series will bring back the old charecters including Santánico Pandemonium (originally played by Selma Hayak) who will now be played by Eiza Gonzalez.

Seeking submissions for many specific male Extras to work on Robert Rodriguez’s TV Series “From Dusk Till Dawn,” shooting in North Central Austin with ongoing opportunities from January 29 – Early March (Shoots Mondays-Fridays only.)

**New faces only who haven’t appeared on this show yet, please**

Must match the description below and have VERY open and flexible availability from January 29 – Early March. Roles are recurring weekly now through March, so a COMPLETELY open or flexible schedule with ability to adapt to very last minute shoot date changes is necessary. Please do NOT submit if you are not totally free or able to adjust your schedule with only a day’s notice.

To submit, email us at: thirdcoastextras@gmail.com w/ subject heading “FDTD Patrons” and follow directions below exactly: