Seth Rogen and Joseph Gordon-Levitt are teaming up for an untitled Christmas movie.

Anthony Mackie who most recently played the Falcon in Captain America: The Winter Soldier, will be rounding off the trio. The 3 will be playing old friends who reunite on Xmas Eve for to fulfill their tradition of partying on Christmas Eve. While the plot, other than what I mentioned above is not being disclosed yet. Since this is a comedy, it’s pretty safe to assume that the trio will get into some sort of drunken mess. Seth Rogan and Gordon-Levitt had previously worked together on the film ‘50/50‘. The Untitled Xmas comedy has been spotted filming in various NYC areas for the last few weeks.

The film is currently in production in the New York area and is looking for paid background extras to work on scenes filming next week. GWC in NYC is in charge of the extras casting and they are seeking people to play party guests. They are needing celebrity types, people who can pass as being rock stars, rappers, actors, socialites, really rich, wall street bankers and more. They are also looking for a stilt walker, tall model types and drag queens.

The Sony Pictures film began filming last month and currently, the film is set for a Christmas release. 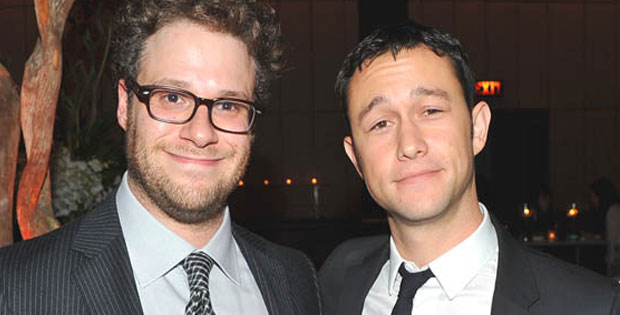 GWC is seeking the following:

Seeking both UNION and NONUNION members for the following roles for the Untitled Xmas Project starring Seth Rogen! PLEASE ONLY SUBMIT IF YOU HAVE FULL AVAILABILITY ON ALL DATES OF 9/8, 9/9, 9/10, and 9/11. (DAY INTO NIGHT WORK).

If interested and available, please email a current photo, height & weight & clothing sizes and change the subject line to “FACEBOOK, Role You’re Submitting To, Your Name, Your Phone Number” to Xmas@gwcnyc.com.