A new film coming to Virginia will be holding auditions for kids.

The film is looking for local boys who are between the ages of 4 and 14 to fill various small roles in the project, including some speaking roles.

The auditions will be held this Sunday in Richmond, VA.

The on-screen dynamic duo of Tom Hanks and Meg Ryan will have a new film coming out. The “Sleepless in Seattle” stars are teaming up for “Ithaca”, just not in front of the camera. In this film Meg Ryan will be directing and Tom Hanks will serve as executive producer. Meg Ryan will also be starring in the film along with Sam Shepard, Melanie Griffith and her son, Jack Quaid.

“Ithaca” is set during WWII. The film is set in a small California town during 1942. It is a story about a 14-year old boy named Homer Macauley. Homer’s older brother has gone off to war and he works as a telegraph bike messenger and helps take care of their mother and other siblings.

The war’s toll on families is revealed through the messages that Homer delivers including one message that will change his life forever.

The film is an adaptation of the 1943 book by William Saroyan called “The Human Comedy.” 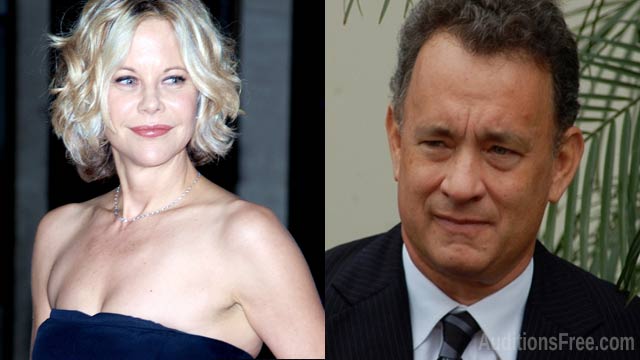 Seeking boys ages 4 to 14 years old for an Open Casting Call for the feature film ITHACA. We are searching for outgoing boys for a variety of roles, both speaking and background! No experience is necessary. All ethnicities are encouraged to attend.

Directed by Meg Ryan, ITHACA is adapted from William Saroyan’s novel The Human Comedy and will film in and around Richmond, VA in July and August 2014.

• Parking adjacent to Art Works is a paid lot

• Audition will consist of a short interview

• Please do NOT contact Art Works regarding this Open Call