The film “Triple Nine” which stars Norman Reedus and Aaron Paul is casting male extras for scenes filming this week.

ECA is looking for African American males to portray gang types. They are seeking all shapes and sizes with and without tattoos. Also, the production is seeking a heavily tattooed male that can portray a police officer.

Joining Reedus and Paul in “Triple Nine” will be an ensemble cast including Casey Affleck, Chiwetel Ejiofor, Kate Winslet, Anthony Mackie, Teresa Palmer, Woodie Harrelson and Gal Gadot. The new crime drama is about a group of corrupt police officers who run into some trouble with the Russian mob who subsequently blackmail them into helping with a very difficult heist in which a cop would need to die in order to pull it off. Casey Afflek plays the rookie cop they are setting up but he doesn’t go along with their plans and fights back. 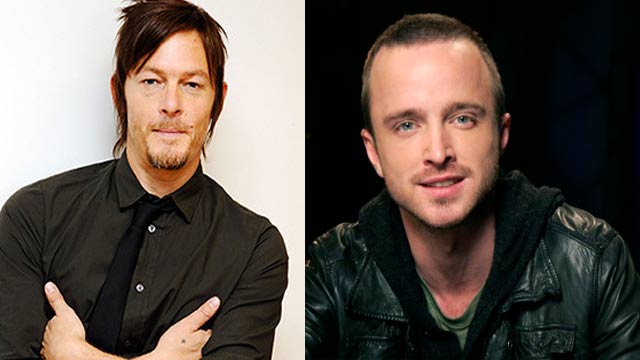 Upcoming we are looking for a male – heavily tattooed that is clean cut enough, hair and facial hair wise to pass for a police officer — send pics, ideally several where we can clearly see your current look and tattoos – this would play for multiple days starting as soon as Wednesday this week. Then for next week Tuesday 7/8 with a fitting this Wednesday or Thursday — looking for African American Males to portray gang types — all shapes and sizes – big, small, slim guys, overweight guys, guys with huge muscles, guys with lots of tattoos, all types — For both email recent photos, all contact info, and all sizes to: triplenineextras@gmail.com