If you think you’ve got what it takes to become part of the Universal Studios Singapore family, don’t miss next weeks Australian based auditions.

Universal is looking for all sorts of performers which include singers / vocalists, actors, impersonators, dancers, break dancers, variety acts, hosts and costumed characters.

Universal Studios Singapore is a theme park located within Resorts World Sentosa on Sentosa Island, Singapore. It was a key component of Genting’s bid for the right to build Singapore’s second integrated resort.

Also, US auditions will be held in New York City and Los Angeles this week as well.

Alternatively, If your unable to attend either city, video submissions are open until 01 April 2015. Send a soft copy of your CV, headshot and showreel(s) to ussaudition@RWSentosa.com clearly outlining your interested role(s). 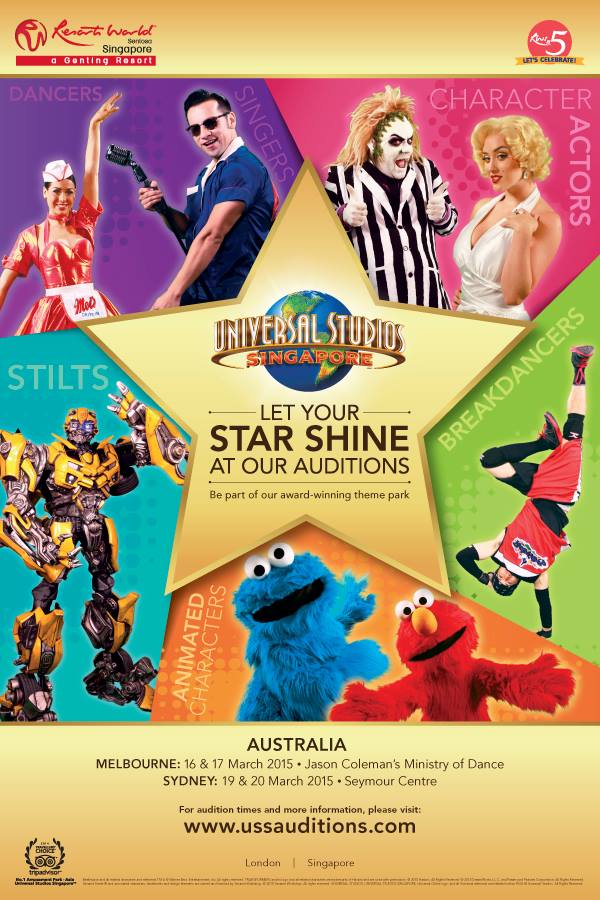