Casting auditions for rappers in Atlanta for movie scene

Zac Efron and Seth Rogen are back for round 2 in the Neighbors sequel called “Sorority Rising”.

The comedy is now filming in the Atlanta area and has a rush call out for REAL rappers in the area for roles in a scene filming early next week. Casting directors for “Neighbors 2:  Sorority Rising” are seeking African American male talent that can actually rap. If you are a rapper in the area and would love a chance to show off your skills in a major movie, this may be a great opportunity. Talent applying must live around the Atlanta area and be able to pass for being college aged, generally, ages 18 to 24.

“Neighbors 2:  Sorority Rising“ will star Chloë Grace Moretz, Rose Byrne, Zac Efron and Seth Rogen. Screenwriters of the original “Neighbors” movie, Andrew Jay Cohen and Brendan O’Brien are writing the sequel. While the original war against the frat boys may be over, in “Neighbors 2“,  a new threat emerges and the fight is back on. Seems sorority girls can be just as rowdy and parents Mac (Seth Rogan) and Kelly (Rose Byrne) have had enough.  Looking for help in restoring peace and quite in their neighborhood, Mac and Kelly reach out to their old nemesis, Teddy (Zac Efron).  Teddy is no longer a frat boy and is recruited by the couple to help them fight back against the sorority girls. 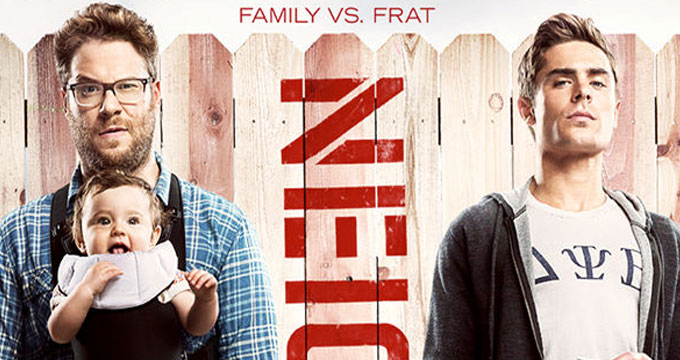 Email at least 2 recent photos, AGE, All clothing sizes and if you have a short video of what you can do to: Neighbors2extras@gmail.com – RAP in Subject Line

Also, the movie is casting extras for the following

For a 3 day shoot in the Decatur/Clarkston GA area starting Tuesday September 22nd, Wednesday September 23rd AND Thursday September 24th. We are seeking the following extras, must be available to work ALL three days.
—College aged students age 18-30

—Tailgating Vehicles–Trucks and SUVs in the color of Black, Burnt Orange, and Brown

Please email us a recent pic, age, height, weight, clothing sizes and phone number and car info (to include year/make/model/color)to: Neighbors2Extras@gmail.com
(Looking to Cast Local to Georgia and only submit if you fit one of the three categories above). Subject line: 3 day shoot

One thought on ““Neighbors 2: Sorority Rising” Casting Call for REAL Rappers and Other Roles in Atlanta”