New Netflix show “Stranger Things” has a call out for actors in Georgia.

The new Netflix series is now in production and will be holding auditions for experienced actors to play a mother, father and tween (ages 11 to 13) girl. The roles are featured and there is a good chance that roles will be upgraded to principal. The available roles do require that actors applying have acting experience and some credits.  Right now, the show’s casting directors are taking email submissions and some actors will be asked to send in a video audition. The scenes will film in early 2016.

Stranger Things is set in 1980 Indiana (However it films in Georgia). In 80s Indiana, a young boy disappears without a trace and starts a mystery that will involve some Stranger Things…. As the town searches for the missing boy they uncover a story that involves secret experiments, supernatural forces and one very strange little girl. At the center of the story is Mike, a 12 year old boy who has a few issues with being bullied. Mike becomes an unlikely hero as he looks for his missing friend and the answer to what happened to him.

The new supernatural themed streaming series was previously called “Montauk” and originally set in the Long Island (Montauk) NY area. The new  Netflix series stars Winona Ryder and David Harbour. The show also includes quite a few kids. Back in May, the show held auditions for kids to star in the show and Netflix has now found their young cast. According to Deadline,  the kids cast in the series include Finn Wolfhard, Millie Brown, Gaten Matarazzo, Caleb McLaughlin, Noah Schnapp, Natalia Dyer and Charlie Heaton. The show is  written and directed by Matt Duffer and Ross Duffer (“Wayward Pines,” “Hidden”). 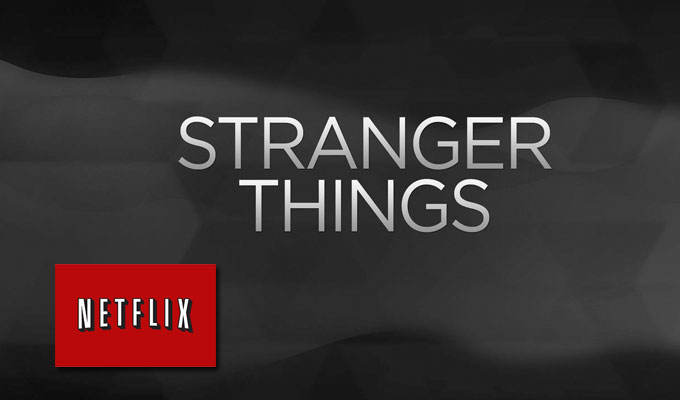 WE ARE ALWAYS EXCITED TO ANNOUNCE AMAZING OPPORTUNITIES FOR EXPERIENCED ACTORS . 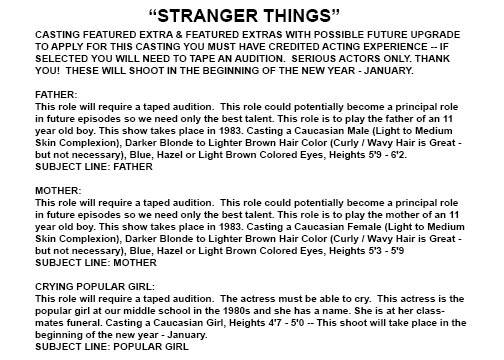 3 Up to Date / Recent Photos of Yourself + Resume, (Well Lit & In Focus / Plain Background in Photo is Best)

please ONLY SUBMIT if you are 100% interested and available and SERIOUS about working.