Two movies will be filming in the Boston area this summer and both have open casting calls for extras, featured extras and other small roles set for this weekend.

The Ghostbusters reboot, starring Kristen Wiig , Melissa McCarthy, Kate McKinnon, Leslie Jones & Chris Hemsworth will be holding an open call this Sunday. Central Intelligence starring Dwayne Johnson will be holding their open casting call this Saturday. Both films will be filming  around the Boston area this summer. Folks in the Boston area who would like to try out for a small role in the film will have a chance to attend both as the Central Intelligence  open call is set for Saturday and Ghostbusters  will be casting on Sunday.

The Ghostbusters  reboot will be featuring a proton pack carrying female team on this one. The film will star Kristen Wiig , Melissa McCarthy, Kate McKinnon and Leslie Jones as the Ghostbusters  team. Erin Gabler (Kristen Wiig) and her gal pal, Abby Bergman (Melissa McCarthy) find a serious paranormal threat in their beloved city of Manhattan. The ladies will be joined by Jillian Holtzmann (Kate McKinnon ) and Patty Tolan (Leslie Jones) to round out the team. Chris Hemsworth joins the cast as Kevin,  the teams receptionist.  Fans will have a year long wait to see the new team in action. According to Variety, Sony / Columbia announced that the new Ghostbusters  feature  will be hitting theaters on July 22, 2016. 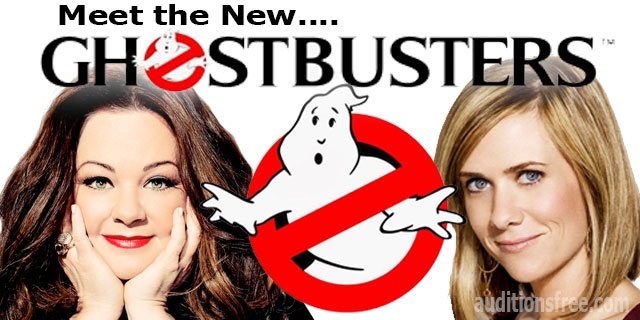 Ghostbusters  will be casting adult extras of all ethnicities and types. The upcoming open call is for adults, 18 and over only. Minors will not be admitted. The open casting call for Ghostbusters will be held on Sunday, June 28th (2 to 6 PM) at the Boston Teachers Union / Carson Place located at 180 Mount Vernon Street in Dorchester, Massachusetts, 02125.

Central Intelligence  will be filming in Massachusetts all summer and is looking for adults who look young enough to pass for high school students. The film is has been shooting around the Boston area since May and is directed by Rawson Marshall Thurber.

The project is looking for 18-25 year olds to play High School students. Folks attending must bring a Headshot/ snap shot does not need to be a professional headshot and Resume.  Central Intelligence  is written by Ike Barinholtz, David Stassen, and Peter Steinfeld.  The event is open to both SAG Actors and Non-Union Extras. The open call will be held on Saturday, June 27, 2 pm – 5 pm at Boston Casting, located at 129 Braintree Street, Suite 109, Allston, MA 02134. 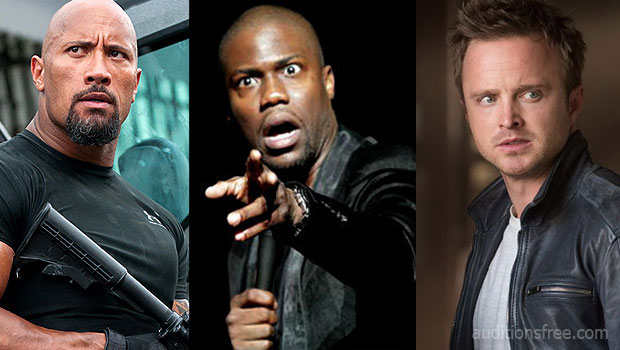