Run Run Run, a Non-Union Independent / student short film project filming in the Portland area is looking to cast some local talent to fill three roles (see below).
The film is being produced by George Fox University Students and will be filming around the  Newberg and Portland areas on weekends. Current filming schedule is February 12th, 19th, and 26th, with pickups on the weekend of March 4th. Project will be directed by David Ridder with Courtland Sherreitt producing. Auditions will be held at 12753 SW 68th Ave #185, Portland, OR 97223. This is a non-paid gig for credit and copy only.

Please email headshots / resume to csherreit12@georgefox.edu to sign up for an audition time.

“Run Run Run” is a short fantasy adventure film about a young single mother and her daughter on the run from a mysteriously powerful woman. On the way they discover their own powers and struggle to understand their past. 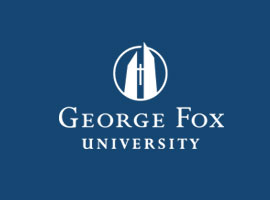 DANIELLE – Female – 23-28
Harried single mother living out of a car with daughter Bella. Works to shield her daughter from their situation and from a mysterious woman who wants to hurt her. Tries to project calm and confidence in the face of her own fear and uncertainty.

BELLA – Female – 7 to 11
Innocent, sincere and really loves her mom. Is at times overtaken by visions of the future.

MONICA – Female – 40s
Coldly commanding. Pursues Danielle and Bella with calculated grace and a dash of patronizing humor. Must be willing to smoke.

Other roles may also be available.

City or Location of call: Portland OR
Please submit to: csherreit12@georgefox.edu