Online auditions for kids – Tryout for Lead roles in A Netflix TV show.

Netflix has acquired the rights to produce a new TV series based on the book  “A Series of Unfortunate Events.”

The project is now in pre-production and holding auditions for the 2 lead child roles of Violet and Klaus. Casting directors are on a worldwide search for child actors who fit the bill. Violet is 11 to 14 years old, the eldest of the 3 kids with a knack for invention. Klaus is 10 to 13 years old the middle child in the family. He’s a smart kid who loves to read. These are speaking roles and the characters will be series regulars.

Update: The production has just extended their submission deadline. The new deadline to audition by is the 28th of this month, so interested talent now has another week to get those video auditions in.

Since the first book in the series came out, and grew in popularity, the story enjoyed critical acclaim and commercial success. In 2004 Paramount pictures created a movie called  “A Series of Unfortunate Events”  which starred Jim Carey, Meryl Streep, Emily Browning and Jude Law as the voice of Lemony Snicket.  A video game also followed. Now Netflix and Paramount are bringing the characters to the small screen in a streaming series. The show will be executive produced by the novel’s writer, Daniel Handler and Barry Sonnenfield. No word yet as to when fans can expect the show to be released. 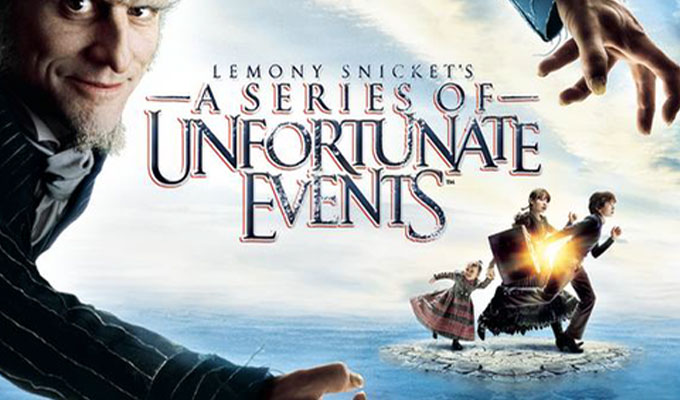 In “A Series of Unfortunate Events,” three orphans, Violet, Klaus and Sunny Baudelaire fall upon hard times and in the hands of the evil Count Olaf.  The kids are placed in the Count’s custody whose only motivation behind taking custody of the kids was to steal their inheritance. The 3 orphans begin to uncover mysteries, and seek to solve the mystery of their parent’s death while trying to outwit Count Olaf at every turn. The “Lemony Snicket” books are written by Daniel Handler whose pen name is Lemony Snicket. The books  have sold over 65 million copies throughout the world in 41 different languages.  “A Series of Unfortunate Events”  is actually a series of 13 books with the first novel coming out in 1999.

A Netflix representative stated “On the search for fantastic material that appeals to both parents and kids, the first stop for generations of readers is ‘A Series of Unfortunate Events,’” According to Variety, Netflix also stated. “The world created by Lemony Snicket is unique, darkly funny, and relatable. We can’t wait to bring it to life for Netflix members.”

Update: The production has just extended their submission deadline. The new deadline to audition by is the 28th of this month, so interested talent now has another week to get those video auditions in. 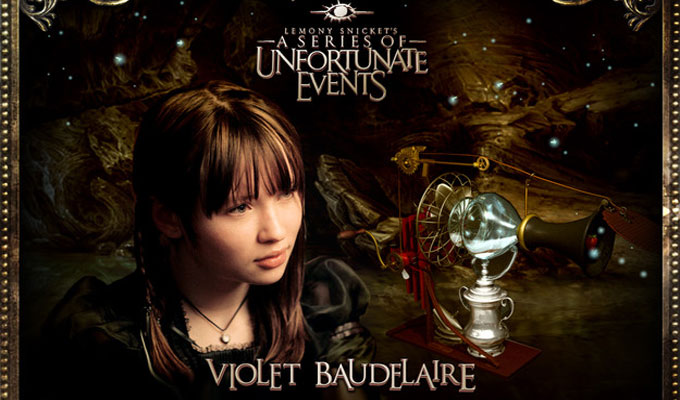 VIOLET: Female, 11-14-years-old – a young, not-too-mature 14-year-old. She is self-confident, capable and smart beyond her years. She helps her brother and sister solve problems with her skills as an inventor. She is the eldest and a natural leader of the group. (SERIES REGULAR)

KLAUS: Male, 10-13-years-old. He is the middle child in the family. He’s very smart and is a voracious reader. He loves books. He is charming. (SERIES REGULAR)

Auditions are open to anyone worldwide that fits the descriptions above. The series will shoot in Vancouver starting in March 2016.

Talent wanting to submit a video audition online may do so following the instructions here.

Talent wanting to tryout for the movie role have plenty of time. The submission Deadline is January 28th, 2016. 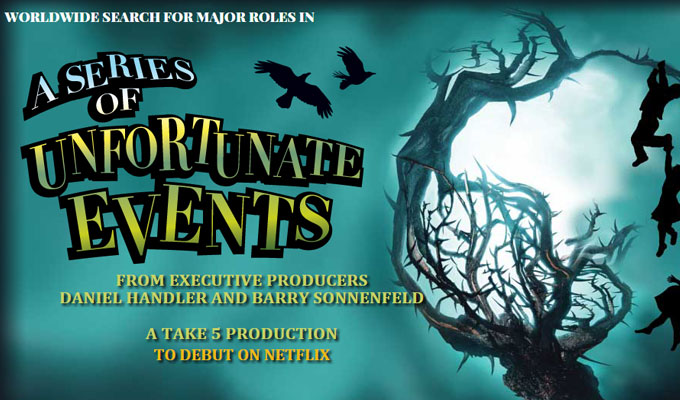