Hampton Roads, Virginia productions are looking to cast a few actors for some upcoming projects. The projects are seeking child actors, teens, adults and seniors.

Seeking men, women and children of the African descent – All Ages Welcome

LARGE QUANTITY GROUP NEEDED for Men, women and children of the African descent.

The resurrection of the forgotten and tortured spirits of the Aboriginal folks hails in like a quiet storm sweeping those who believe their silence will grant them a haven from the inevitable. We all know the earth has many tenants, some coming and others going. Disturbed from their graves shallow, near and far the society of beyond roam the earth in broad day and in the dead of night to send a message of awakening to their ignorant kin.Once you are marked. The process will commence.

Two agents linked to an underground alliance dedicated to the liberation of the Aboriginal race at any cost are forced to mend the pieces of their bureau after an unanticipated shakedown. The gentlemen are planning to re-launch an international line of defense against those that actively plot to stall and or permanently put an end their objectives, from the shadows and even hindsight.

Seeking a LARGE QUANTITY GROUP for Men, women and children of the African descent

Transitioning into adulthood in an era of overflowing racial tension, communist witch hunts and the recovery as a nation from foreign war affairs the Big Brother in the western hemisphere is suffering a great deal psychologically and economically. For the pint of salt called a town of Hopson they have no immunity. The camel’s knees are buckling. One dry night in July, in the company of his beloved,one boy comes to the realization that the skipping stones of his ancestors were always the blueprint for his destiny. 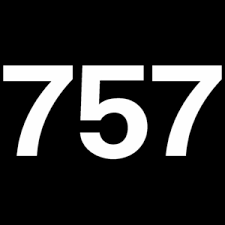 City or Location of call: Hampton Roads
Please submit to: e9aproductions@gmail.com by 2016-04-30

This casting notice was posted by: E9A Productions