“Diary of a Wimpy Kid 4” is holding online open auditions for the lead role of Greg and his best friend Rowley.

The 4th installment of Wimpy Kid franchise is finally in the works and the talent search is on for child actors to play the new wimpy kids in the upcoming 20th Century Fox comedy “Diary of a Wimpy Kid The Long Haul.”

An open casting call is being held online for child actors to play the two 10 to 12 year old middle school children. Kids worldwide are now able to apply for the roles by uploading their audition videos to the site specifically created to handle the nationwide talent search. The upcoming installment of the 20th Century FOX franchise is called “The Long Haul.”  The movie series is based on the illustrated series of children’s books written by author / illustrator Jeff Kinney. The original “Wimpy Kid” movie was released in 2010 with 2 other Wimpy Kid movies following in 2011 and 2012.

“Diary of a Wimpy Kid” followed a boy and his best friend as they entered middle school. The story was told from Greg’s point of view, a boy who kept a diary of his middle school trials.  Diary of a Wimpy Kid was directed by Thor Freudenthal. The original film stared Zachary Gordon and Devon Bostick as Greg and Rowley. The movie also starred Robert Capron, Rachael Harris, Steve Zahn, and Chloë Grace Moretz.

It’s now been 4 years since the last Wimpy Kid film and time to find new kids to take on the lead roles and continue the adventure. Casting directors are looking for a young actor who can handle lots of dialogue and has a flair for the comedic to play Greg.  For Rowley, casting directors are seeking a sweet looking, 10 to 12 year old boy on the heftier side. To audition for the roles, parents are asked to download the sides and record a video of their child reading the sides. Audition videos do not need to be professional and may be recorded with a cell phone or computer. 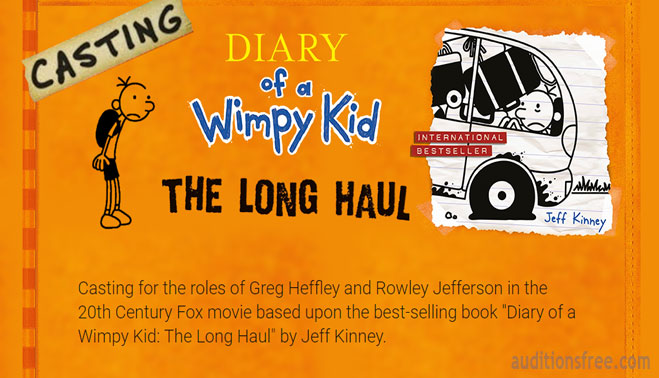 Boys don’t keep diaries—or do they?

It’s a new school year, and Greg Heffley finds himself thrust into middle school, where undersized weaklings share the hallways with kids who are taller, meaner, and already shaving. The hazards of growing up before you’re ready are uniquely revealed through words and drawings as Greg records them in his diary.

CASTING FOR THE FOLLOWING ROLES:

GREG HEFFLEY: We are seeking a bright, precocious, and appealing young actor to play age 10 – 12 for the lead role of Greg Heffley in the film version of the New York Times #1 bestseller, “Diary of a Wimpy Kid: The Long Haul”. Actor must be able to handle dialogue and have a flair for ironic comedy – imagine Larry David in middle school…LEAD 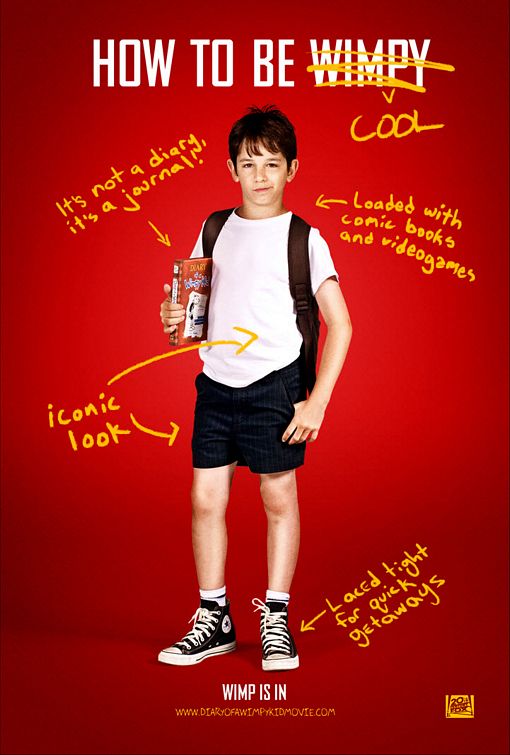 ROWLEY JEFFERSON: 10 – 12, broader and heftier than Greg, with a heartbreakingly open, honest, sweet face. Rowley is Greg’s best friend, despite the fact that he is constantly embarrassing him with his childish demeanor. Guileless, earnest and naive, he says exactly what’s on his mind and doesn’t have a bad bone in his body. 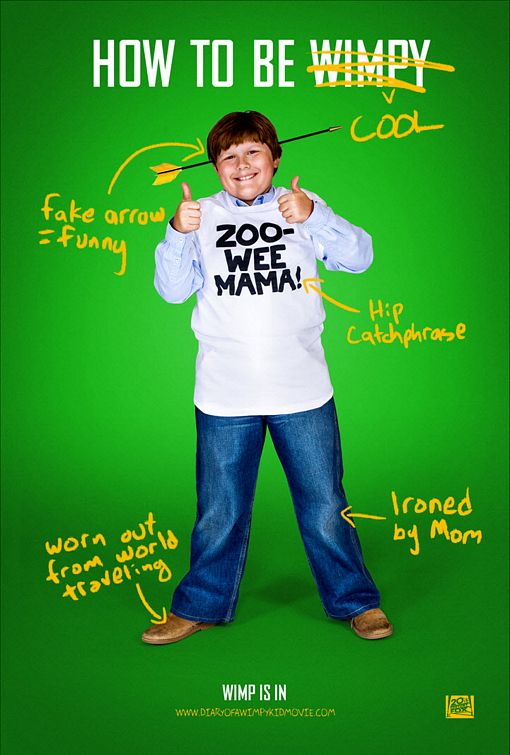 Casting for the roles of Greg Heffley and Rowley Jefferson in the 20th Century Fox movie based upon the best-selling book “Diary of a Wimpy Kid: The Long Haul” by Jeff Kinney.

For those interested, the sides and all the video audition instructions for “Diary of a Wimpy Kid The Long Haul” may be found on the projects website here.

14 thoughts on “Online Auditions for Lead Roles in “Diary of a Wimpy Kid: The Long Haul””