A new baking show is coming to the Food Network, but this time they are not looking for the best bakers coast to coast, they want the absolute worst!

“Worst Cooks in America” is getting a spin-off called “Worst Bakers in America.” If the words “I’m baking a cake” send your family running for the door, you may just be what the show is looking for. The new Food Network series has a casting call out for the most horrible bakers in America. Now, many of these bad bakers may not think they are all that bad so the show is also accepting nominations allowing friends and family to nominate the worst baker they know for a spot on the show. See the flyer below for how to apply.

In “Worst Cooks” fourteen of the country’s most hopeless cooks attend a grueling culinary boot camp that promises to take them from kitchen zeros to culinary heroes.  America’s most hopeless cooks are split into 2 camps with each camp getting their own celebrity chef and culinary mentor to help them gain the cooking skills that have been lacking their entire lives. The worst cooks  put their newly learned skills to the test by cooking up some dishes and hoping that the judges see how far they’ve come. This is a competition and at the end of the season, the “worst” cook showing the most improvement gets to walk away with a $25,000 prize. 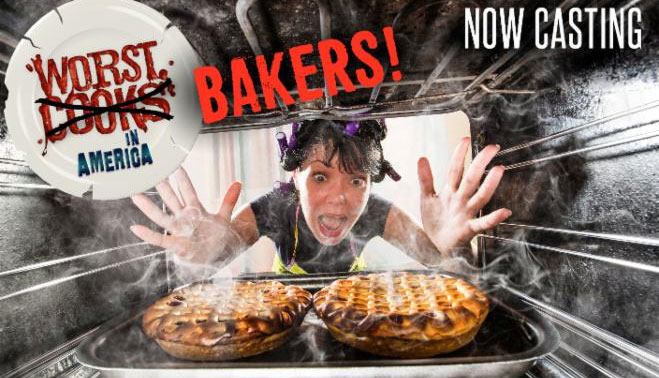 “Worst Bakers in America” is serving up the same challenge and prize. The bad baker who makes the most drastic turn around will also walk away with a $25,000 prize.

Food Network and the producers behind Worst Cooks in America are ready to take bad to a whole new level with Worst Bakers In America!

Do you love to bake but hate what you make? Do you wish you could turn your cake fails into pastry perfection?

Two celebrity chefs will lead a team of rugged recruits through a heated kitchen battle of sweet and savory bakes. The recruit with the most impressive transformation will receive $25,000! 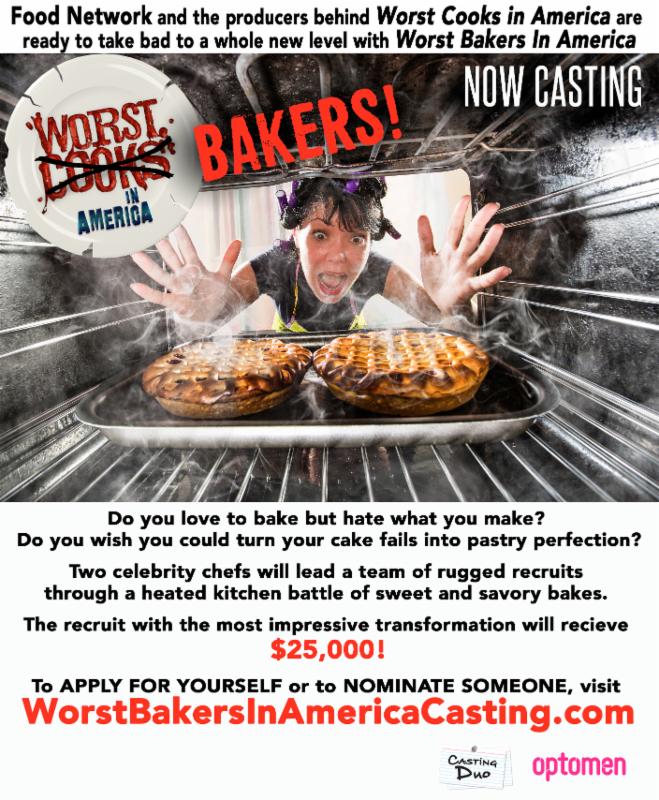 5 thoughts on ““Worst Bakers in America” is Now Casting Nationwide”