In The Eyes Of The Master

In the Eyes of The Master is a dark comedic short filming in the city of Chicago.

A self described “cinema prodigy” struggles to gain the respect he believes he deserves. Desperate to prove himself as an artist, he attempts to push the boundaries of student filmmaking, creating something unlike any have seen before.

We are casting for two roles, Danny Dubious (30+) and Patrick (18-24). Please see the casting flyer for more information.

To schedule an audition time, please email Hannah.Faris@loop.colum.edu, including a headshot and resume.

City or Location of call: Chicago, IL
Please submit to: Hannah.Faris@loop.colum.edu by 2017-11-02

This casting notice was posted by: Hannah Faris – Director 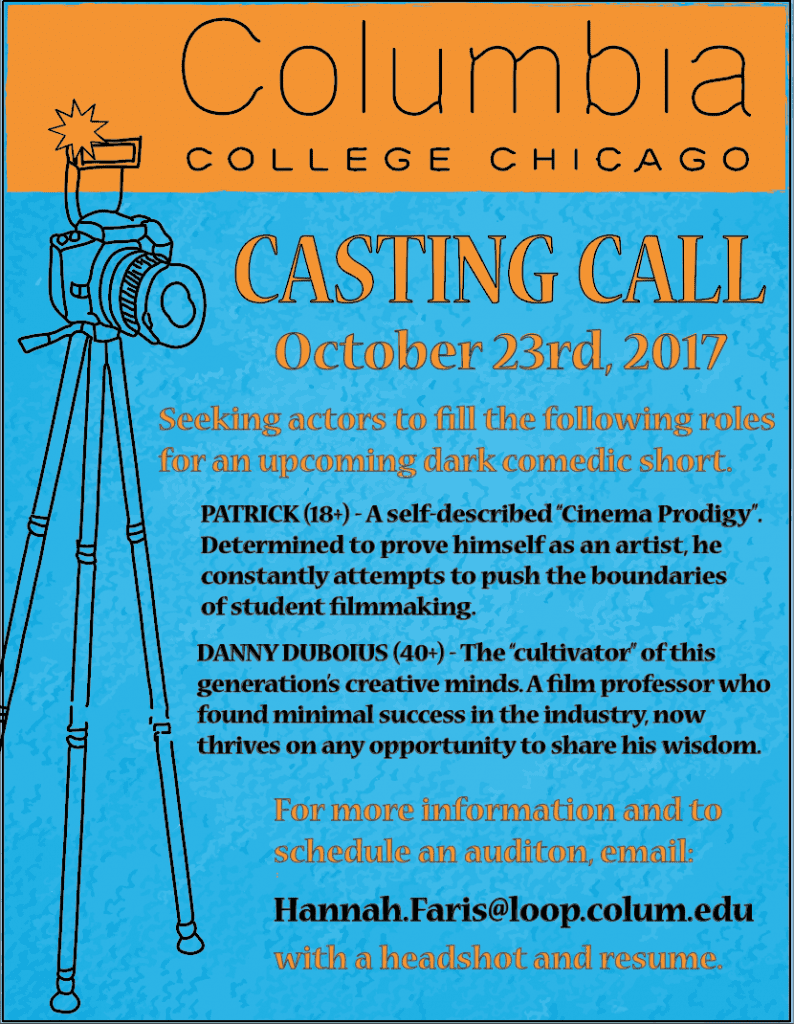