A deviously delicious Broadway sci-fi smash musical, Little Shop of Horrors has devoured the hearts of theater goers everywhere. The meek flower shop assistant Seymour stumbles across a new breed of plant he names “Audrey II” -after his co-worker crush. This foul-mouthed carnivore promises unending fame and fortune to the down and out Seymour as long as he keeps feeding it – blood. Eerily echoing a devastating lesson we’re learning hard here in 2018 – “If you feed it, it will grow” – our production of Little Shop of Horrors promises to be the hit of the season!

In order to reflect our modern understanding that a voice and soul is not pre-determined by the skin it resides in, our production of _Little Shop_will feature custom-built puppets (Sesame Street/Avenue Q-style) in the leading roles of Audrey, Seymour, Mushnik and Orin, in addition to the usual puppet progression of the ever-growing Audrey II. We would very much like to invite and encourage all auditioners to audition for the role that speaks to your soul and vocal range regardless of gender, race, age or any other identity factor that might normally cause you to type-cast yourself out. Both puppet and puppet-performers will perform in full view of the audience. If you feel the characters of Audrey or Seymour in your soul but can’t perform the vocal range, bear in mind that we will be casting 2 performers for those 2 roles – one will voice the character and operate the head/mouth and left hand, the other will operate the right hand of each puppet respectively. Crystal, Ronnette, Chiffon, and the ensemble will be full-sized human characters with some potential additional puppet responsibilities. We are seeking all types of human for these roles as well.

Please Note: This is a college production. Every cast member will need to register and pay for 1-3 (available as either drama or music theater performance) credits at Shoreline CC.

Seymour
Mid-twenties and perhaps balding a little. Our insecure, put-upon florist’s clerk hero. Above all he is a sweet, well-meaning little man. He is not a silly, prat-falling nerd, and therefore should not be played as the hero of a Jerry Lewis film.

Audrey
The bleached-blond, Billie-Dawn-like, secret love of Seymour’s life. If you took Judy Holiday, Carol Channing, Marilyn Monroe and Goldie Hawn, removed their education and feelings of self-worth, dressed them in spike heels and a low-cut dress, and then shook them up in a test tube to extract what’s sweetest and most vulnerable – that’d be Audrey.

Mr. Mushnik
Their boss. A failure of an East Side florist. He seldom smiles but often sweats.

Orin Scrivello
A tall, dark, handsome dentist with a black leather jacket and sadistic tendencies. He is not, however, a leftover from the movie version of Grease. Think instead of an egotistical pretty-boy – all got up like a greaser but thinking like an insurance salesman and talking like a radio announcer.

The Plant (Audrey II)
Puppet. An anthropomorphic cross between a Venus flytrap and an avocado. It has a huge, nasty looking pod which gains a shark-like aspect when open and snapping at food. The creature is played by a series of four increasingly large puppets. Its voice is that of a street-smart, funky, conniving villain. Rhythm and Blues’ answer to Richard III.

Crystal
Crystal, Ronnette and Chiffon are street urchins who function as participants in the action and a Greek Chorus outside it. They’re young, hip, smart, and the only people in the cast who really know what’s going on. They know something you don’t know.

Ronnette
Crystal, Ronnette and Chiffon are street urchins who function as participants in the action and a Greek Chorus outside it. They’re young, hip, smart, and the only people in the cast who really know what’s going on. They know something you don’t know.

Chiffon
Crystal, Ronnette and Chiffon are street urchins who function as participants in the action and a Greek Chorus outside it. They’re young, hip, smart, and the only people in the cast who really know what’s going on. They know something you don’t know.

All cast must sign up for a SCC class.

City or Location of call: Shoreline Community College
Please submit to: jnold@shoreline.edu by 2018-08-21

This casting notice was posted by: Shoreline Community College Theater 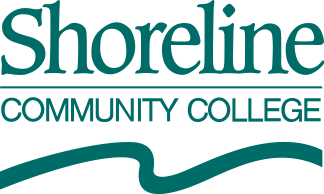