Disney show holding auditions for High School Musical kids of the past.

Are you an adult who once performed in High School Musicals in the decades past? Where you a performer in your school years between the 70’s and 2000’s? If so, a new Disney streaming series may want to hear all about your High School Musical glory days.

Unlike other Disney talent searches, this one is actually for the adults.  Yep, this particular Disney show will be casting adults… well, adults wishing to relive their youth, at least.

Kristen Bell has partnered with Disney to produce “Encore!” Kristen Bell is serving as the executive producer of the new Disney Digital series and invites theater kids, graduated theater kids from the past, to relive those times by auditioning for her new show “Encore!”

If you loved musical theater in your childhood and miss those days as well as that rush of performing on stage, this may be right up your alley.  The show will offer a chance to reunite with your old classmates and get on stage to perform that high school musical one more time. 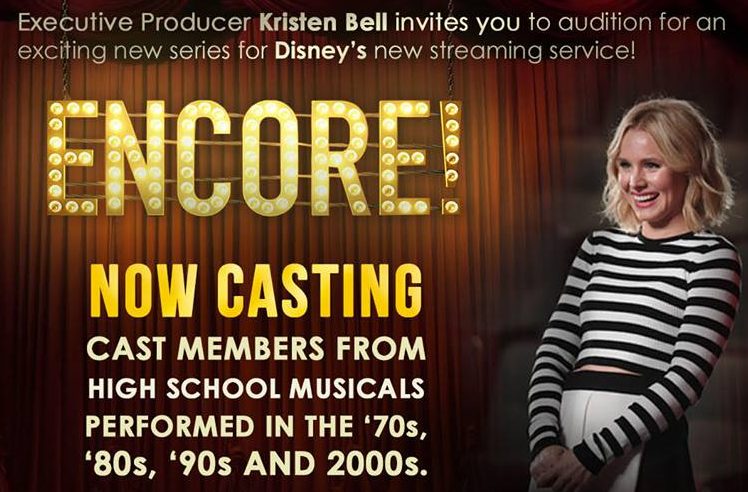 NOW CASTING: ENCORE! This is a brand new show for Disney’s new streaming service. This family friendly show reunites groups of people who spent their high school days performing in musical theatre together. Encore! gives graduated theatre kids a chance to relive their glory days be performing together one more time!

This Disney show is only casting adults… past theater kids.

Got an Encore left in you?  If so, check out the casting flyer below for details on how to get on the show. 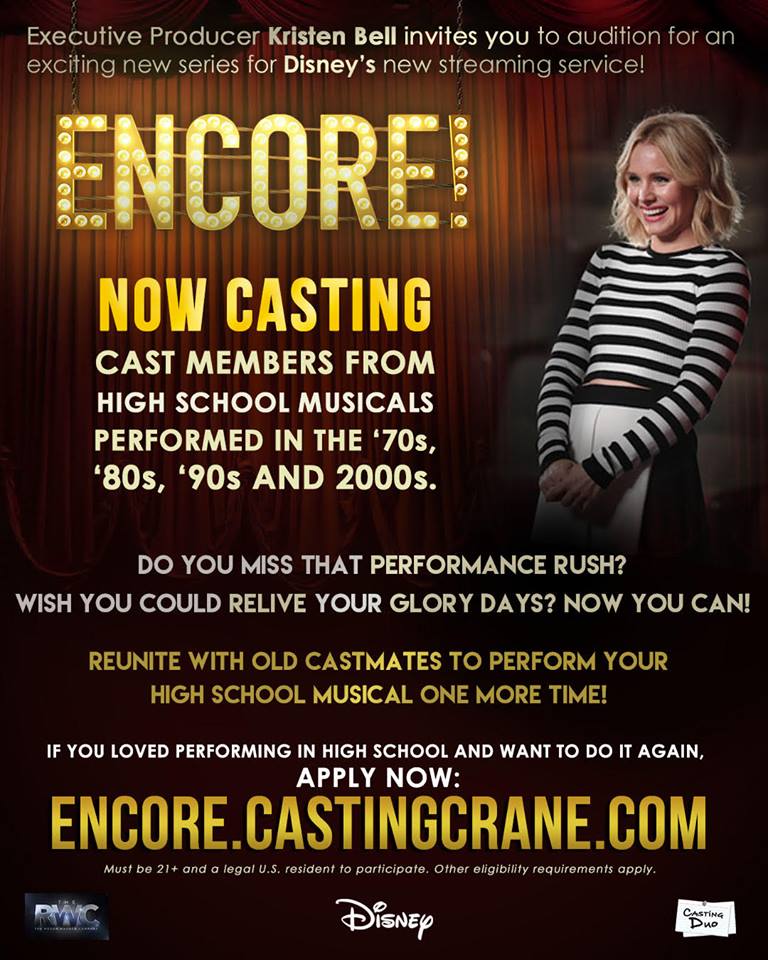