Is your dad a bit on the offensive side?

If you have a lovable dad that lacks any type of filter, this may be right his alley…. That is, if he agrees to actually appear on the show.

See below for the casting details.

A TV Production Company, in partnership with a major cable network, is currently casting nationwide for families with lovable dads who happen to have politically incorrect opinions and views.

This a fun, but eye-opening show that is meant to enlighten the dads and allow them to walk in the shoes of various marginalized groups.

We are looking for personable, everyday families; who have big personalities and aren’t afraid to talk. 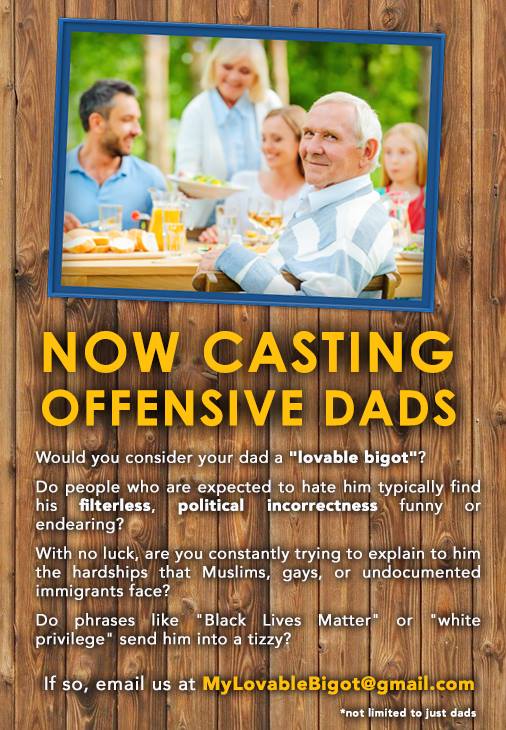 If this sounds like you and your family we would love to hear from you!

Please email mylovablebigot@gmail.com the following to be considered:

– Names of everyone in your immediate family.
– Ages
– Location
– Phone number
– Email Address
– What makes your dad bigoted or politically incorrect
– How does this effect you and your family
– Why you want this to change
– Recent photos of family members