Aces high – deuces low – get it right – AND MAYBE GET THE DOUGH!

The game show is coming back for season two and are now on a nationwide hunt for fun, outgoing contestants that are definitely not afraid to take some big risks in hope of getting even bigger rewards.  The show says this may be a chance to win a “life changing” amount of cash and you can have a great time doing it.

Card Sharks is one of 2 classic game shows that ABC has revived this year. ABC ordered revivals of Card Sharks and Press Your Luck. Both are produced by Fremantle and both shows are currently casting. You can check out the Press Your Luck game show casting call here.

Tryout to be on a game show.

The original Card Sharks premiered in 1978 and ran for some years.  That show came back to TV and is now hosted by Joel McHale.

Card Sharks features two players who face off in a head-to-head elimination game with the goal of one player making it to the grand prize winning deck. Each contestant has to decide if the odds are worth the risk of losing it all and making it to the big game. Ultimately, players can either take their earned cash and quit or continue betting with the hope of reaching the top for a chance to take home a major cash prize. 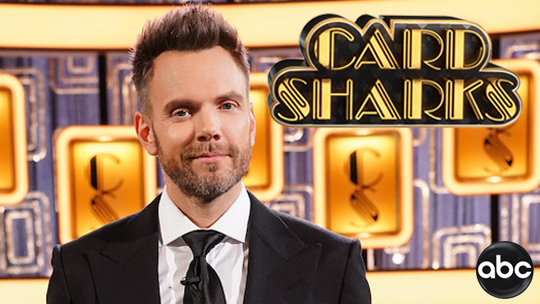 This is your chance to win a life changing amount of money playing the world’s easiest game show!

The classic game  is currently casting online. The show has setup an online audition form where those interested can apply to get cast on Card Sharks.

Card Sharks is currently casting people that have huge personalities and are not afraid of taking chances with the cards.

There is a huge prize at stake.  Check out the casting flyer below for more details on how to get on the show. 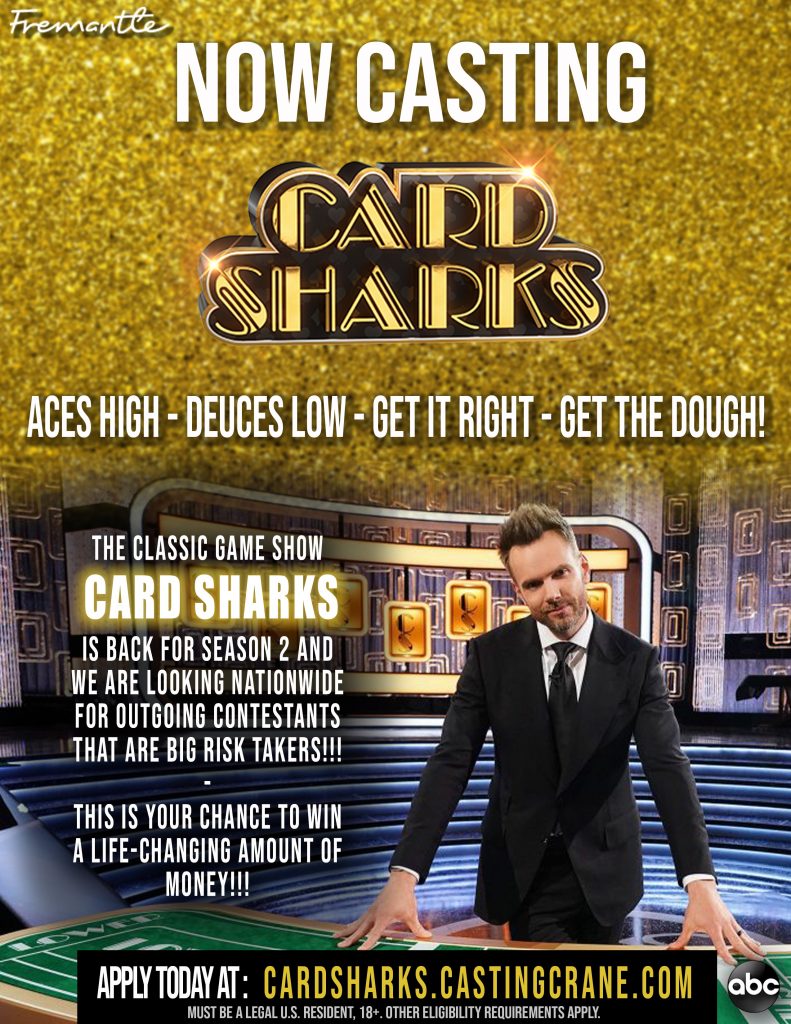