Lost and trying to survive deep within an unknown forest, far from any semblance of civilization, a man finds himself the subject of a terrifying fox hunt for humans as a masked hunter from a secret society tracks him – like a predator tracks its prey. 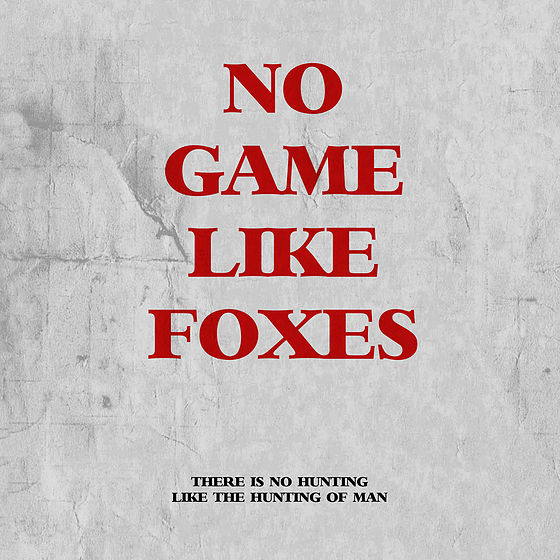 A wealthy heiress and mastermind of a secret society that partakes in the hunting of human beings. Referring to them as foxes, and something less than human. She is a a woman shrouded in mystery, who lives in an old Hollywood daydream of lustful manipulation and pure unabashed ambition.

Everything about Eliza is choreographed to perfection. She presents a perfect facade to the world. She is as cunning as she is ruthless, and is always 8 steps ahead of anyone trying to usurp her power.

Colorado born, Anthony was raised by a single dad after his mother died in childbirth. His father was a bird watcher and Anthony picked up the hobby from him. His father told him “ambition is well and good, but not for me.” His mindset stuck with Anthony, and he has only ever wished for a simple and happy life.

Previously served in the army as a war photographer. Post-army, he joined a TV station as a stills photographer to work with his life-long crush, Maria Cortez. He met Maria before the war at a dance and proposed the same night. After Anthony practiced 32 different creative ways to ask her out all of which – moments before, he got cold feet and bailed on the plans. He struggles with seeing himself as enough.

Anthony operates with a calm and calculated routine: He creates a goal for himself, visualizes it, and then follows it to a degree that others would consider super-human. He struggles with anxiety and violent headaches as a result of his time as a war photographer. The world can become too much for Anthony at times, and he has to focus in on his “north star,” Maria, take a breath and push onward.

Self-made billionaire, Sir Reginald Stone is the founder of Stone Airlines and Stone Gin. He is always seeking the next greatest challenge, and has deluded himself into believing that his set of moral principles excuse his actions in the grand scheme.

During WW2, he won a medal of honor for the sheer number of Germans he personally killed with his rifle when he assisted the British government with his private military. He later became a shareholder of the Darling Company, and participated in the hunts.

Sir Reginald isn’t a good man, but he isn’t the worst. He believes that challenge brings out the best in humanity, and that all bets are off when the game is afoot. He has personally killed a few hundred people outside of the battlefield and inside this dangerous game.

To those unfortunate souls he hunts, his name and identity are masked. As he carries himself with almost supernatural terror in the eyes of the naked, defenseless, prey.

Born in New York, and a mechanic by trade, George worked on building and repairing tanks before the war. From a young age he was good in a fight and got into trouble quite often.

He turned to drink after his wife passed away, and with no surviving family he wound up homeless and riding trains across the country trying to see what he could and living off the land. What little money he earned from odd jobs, he gambled away, until one day his debts caught up with him, in the form of being taken into a deadly game where he would be hunted like a fox.

He has hidden reserves of strength and has always fought to stay alive even when his world and life burned around him. He isn’t the strongest man in the world, but George does know how to survive.

We are looking for extras to play theatre goers and Hunters. As well as background placements.

City or Location of call: Pennsylvania
Please submit to: Creative@DePiroEntertainment.com by 2019-06-15

This casting notice was posted by: DePiro Entertainment, LLC