The show, 25 Words or Less, will be hosted by Meredith Viera and casting directors for the show are looking for people in the Los Angeles / SoCal area that would like to play the game.

Meredith Vieira is known for her appearances on the popular talk show The View and used to host the game show, Who Wants to Be a Millionaire.  Viera hosted Millionaire from 2002 to 2013 which was also hosted by Regis Philbin.

The show is looking for clever people with fun personalities. Do you like catchphrase, Heads Up or Taboo? If you do there is a good chance that you will love “25 Words or Less” – A new FOX game show where every word will count.

The casting call is only looking for folks in the Southern California area. 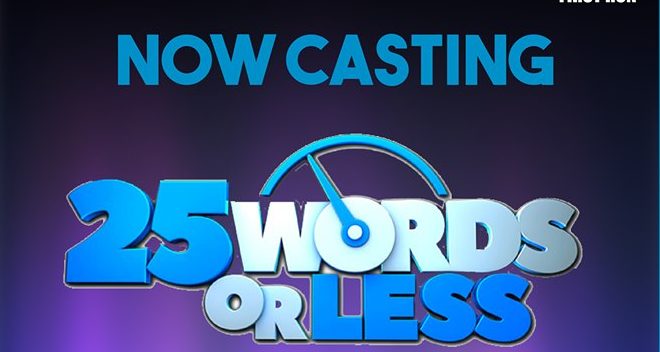 See below for the details on how to get on the show. 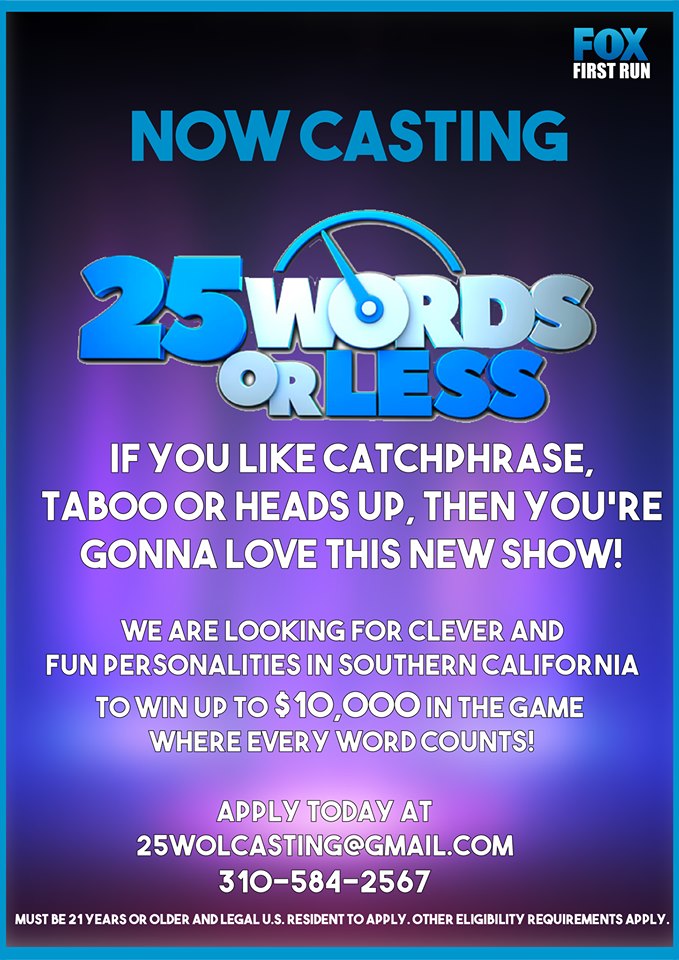 If this sounds like a game you would want to play,  the show has set up an online audition form that potential contestants may fill out in order to be considered for 25 Words or Less.