Penn & Tellers reality show “Fool Us” is holding auditions for the 2019 season.

The show challenges magicians to do exactly what the title implies, fool them.

In the show, famous magicians, Penn & Teller hang out in the audience while watching aspiring magicians perform their acts. The up and comers are determined to impress the veterans of magic and are challenged to perform a trick that stumps Penn & Teller.

Penn & Teller are then challenged to duplicate the trick, which may be a simple card trick or a complicated illusion. The magician which stumps the Las Vegas legends, will get to go to Las Vegas and appear live on stage as the opening act to Penn & Tellers own Las Vegas show at the Rio. 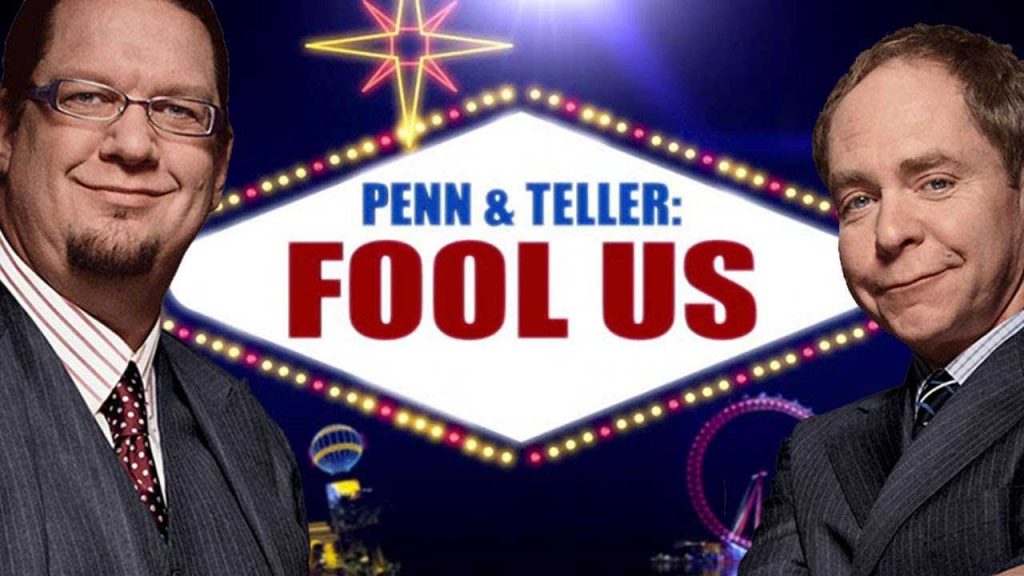 The show is hosted by Actress Alyson Hannigan and airs on the CW Network.

Attention Magicians Around the World, Penn & Teller: Fool Us is now casting for 2019.
– Submission Deadline Extended Until January 15, 2019! Email: fooluscasting@gmail.com 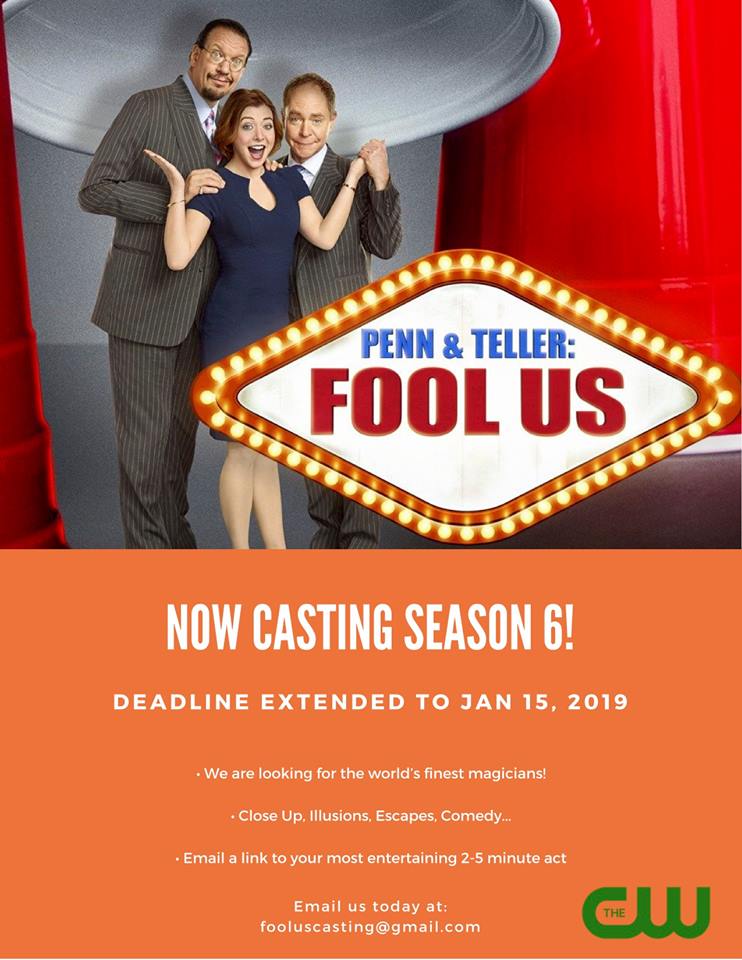 Check out a clip from the show:

One thought on “Magician Auditions for Penn & Teller Fool US 2019”