Lin-Manuel Miranda is holding an open casting call in NYC.

“In The Heights” – The award winning musical is now being made into a movie and production has begun in the New York City area.  That’s right, the Warner Bros version of the hit musical is coming and there will be an open casting call for extras.  The production is in need of men, women and children to work as paid extras in the New York City area this summer.  “In The Heights” is being directed by Jon M. Chu.

In The Heights will be filming in NYC between the months of June and September of this year.  Casting directors are looking for actual residents of Washington Heights to appear as background actors in the movie.

In The Heights is a The Tony Award-winning musical and the film adaptation is now in production in the New York City area. In The Heights features music by Lin-Manuel Miranda. Lin-Manuel Miranda is the man behind the hit Broadway musical “Hamilton” – The adaptation is based on the book by Quiara Alegría Hudes and centers around a Latin American neighborhood in New York City and a bodega owner who serves as the stories narrator. When the bodega owner decides to go back to the place that his parents came from, he realizes that his leaving will change his neighborhood. 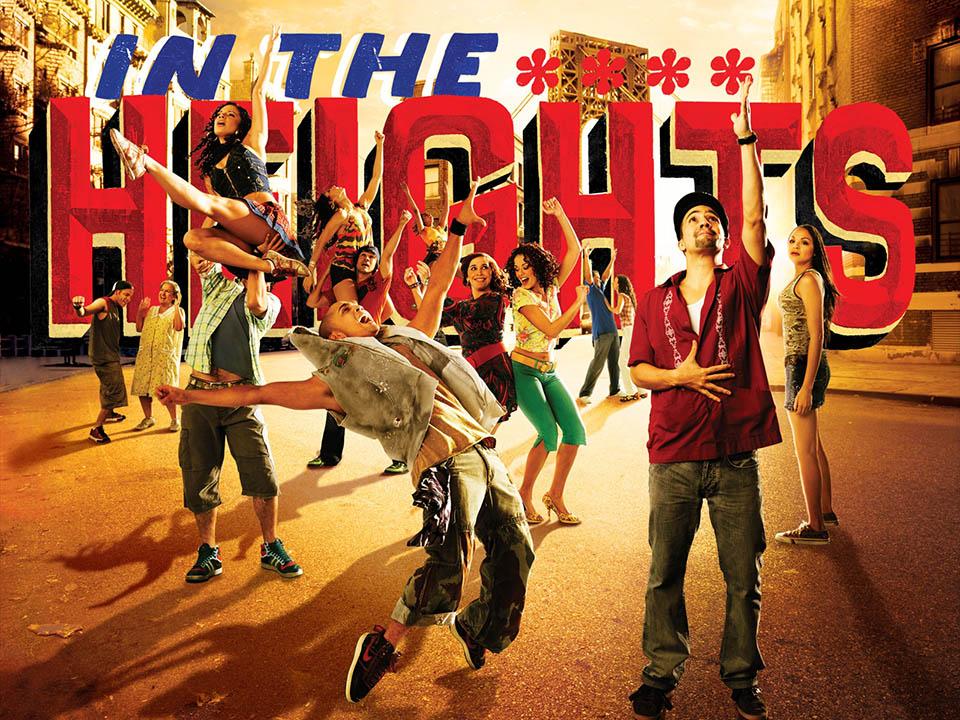 Please note, casting paid extra/background roles.
If cast, must be able to present valid, unexpired ID to fill out Federal I-9 form.

Check out the following casting flyer for more information on how to get into the movie: 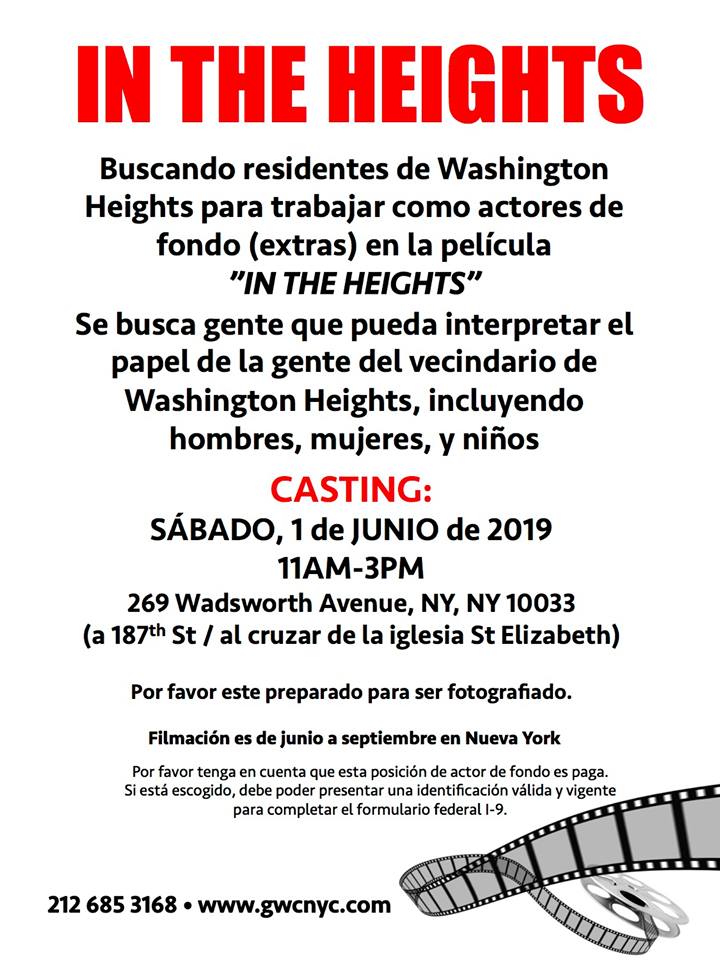 Those that cannot make it to the open call on that day are still able to get their info to the extras casting team.  Please note that you must live in New York City in order to be considered.

Filming June-September in NYC. This is for paid background work.

• Your name
• Union status (SAG-AFTRA or NonUnion)
• Phone number
• Current, clear photo
• If under 18, include age