Casting Lead Roles: “RED FEATHER – BLOOD OF MY BLOOD” Synopsis; When his entire tribe is brutally slaughtered a vengeful native must race against time to rescue the women he loves while delivering his vengeance upon those who murdered his peoples.

Feather (Lead) Male, 22-30
Is a very athletic and fit Native-American male? He is very headstrong and speaks his mind often about his dislike for the Pale Skins. He is the youngest son of the Tribal Chief, and his opinions often get him into trouble.

Grey Wolf (Sup. Lead) Male 20-30
He is also a fit and athletic Native-American male? He is very playful and competitive. Even though Feather is his best friend, his drive is to always convince others that he is much better than Feather; he pushes himself to always be recognized as Feather’s equal if not better.

Eagle (Sup. Lead) Female 19-28
Is a very attractive female, average slender but fit body type? She has exceptionally long beautiful hair and is very soft-spoken. She is the First cousin of Grey Wolf, and Feathers Betrothed. Her quiet tone often calms Feather’s rage, and her pet is a White Eagle called “Cloud”.

Casting Lead Role: “Raziel – The Soul Reaver” Synopsis; When an innocent woman is tormented by demonic creatures, an unexpected hero appears as her champion.

Roles:
Father Abel aka Raziel (Lead) Male, 28-40
Is a very fit and attractive man? He could pass as a model instead of a priest. Father Abel comes to Angelica’s aid after suffering a biblical event (stigmata). He comforts and supports her while keeping her sane. His dark secret unknowing to her is that his true identity is none other than Lucifer’s appointed Judge, Jury, and Executioner (Raziel – The Soul Reaver).

This casting notice was posted by: 3reative Entertainment 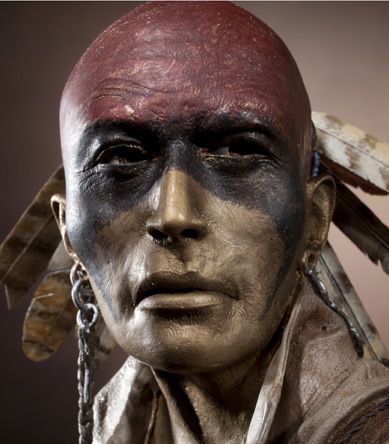