There is a current, online open casting call for NBC’s Annie Live!

New York City Casting Directors at Telsey are holding an online talent search for the Live, televised version of Annie to be filmed in New York City in December.

Already cast in the show is Taraji P. Henson.

The former “Empire” star will be playing the role of Miss Hannigan in the Annie Live! musical. According to THR, Susan Rovner, the chairman entertainment content at NBCUniversal Television and Streaming stated “When we decided to bring back NBC’s holiday musical tradition, we were looking for something that was critically acclaimed and universally beloved — and while that’s definitely the case with Annie, it absolutely applies to Taraji as well, adding that “Watching her take on this iconic role will be a thrill that has all the makings of must-watch television.”

The Live! shows are broadcast every year around the holiday season and are usually based on popular Broadway shows.

This holiday season NBC will air Annie Live! and they are holding online auditions for for the lead role of Annie.  Submission are being accepted online through July 9th through an video audition process.

Annie
To play female, 11 years old. Any ethnicity. Optimistic, spunky, honest, forthright and wise beyond her years. She has a heart of gold, despite her share of mischievous situations. Every girl can relate to her in some way. Must have an excellent voice with a strong high belt, great comedic timing and excellent dance skills.

The deadline to get your self tapes and auditions in in July 9th, 2021. 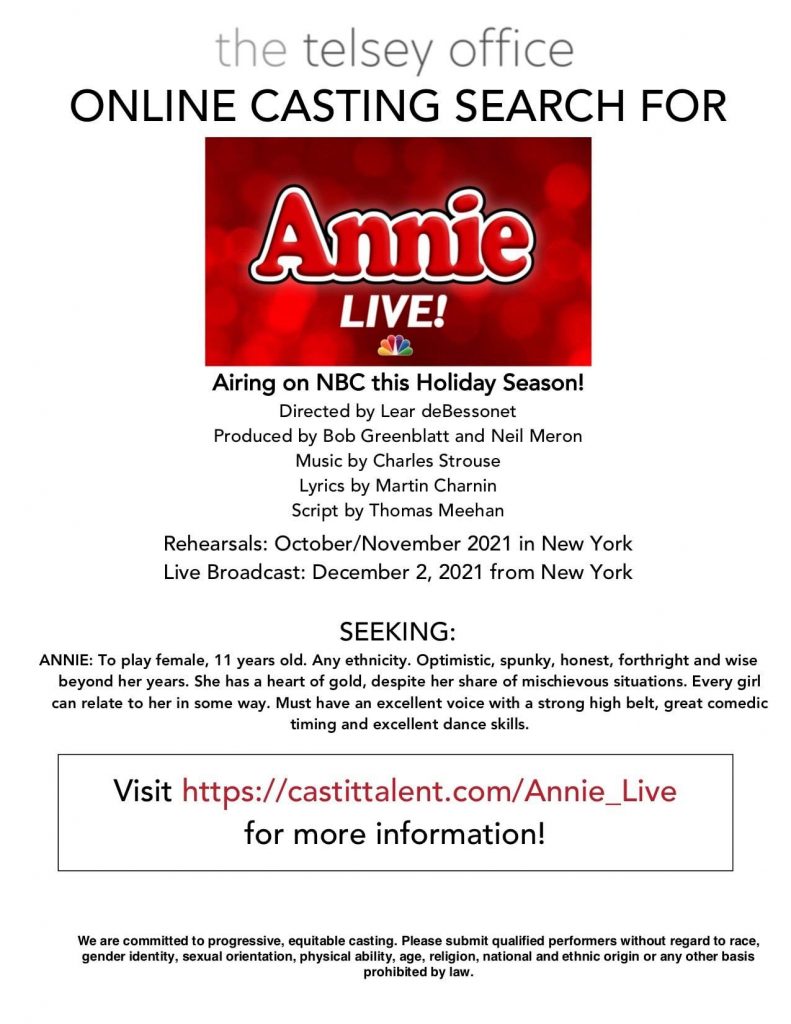