An Interview With Chaos

Casting ‘An Interview With Chaos’ a student short horror thriller film where an Author is brought in to reveal the true origins behind the past of a prolific serial killer.

(Note: You do not have to be the stated age if you can look and play within that bracket)

Contact Producer Warren Genders for further details and script extracts.
Please also include a recent photo or headshot in your application if possible.

We are aiming to start test shoots on March 30th and March 31st with principal photography taking place over several days throughout April. Filming will take place in Lincoln, Lincolnshire, England.

Travel compensation is available but will need to be discussed depending on your location, ideally we are looking for actors from Lincoln and the East Midlands. We will however provide some catering during the shoot and will also be able to provide you with high quality behind the scenes photos and headshots along with a HD copy of the finished film.

We are a Student Film Crew from the University of Lincoln studying film production with experience on a variety of other student film sets.

This casting notice was posted by: Warren Genders 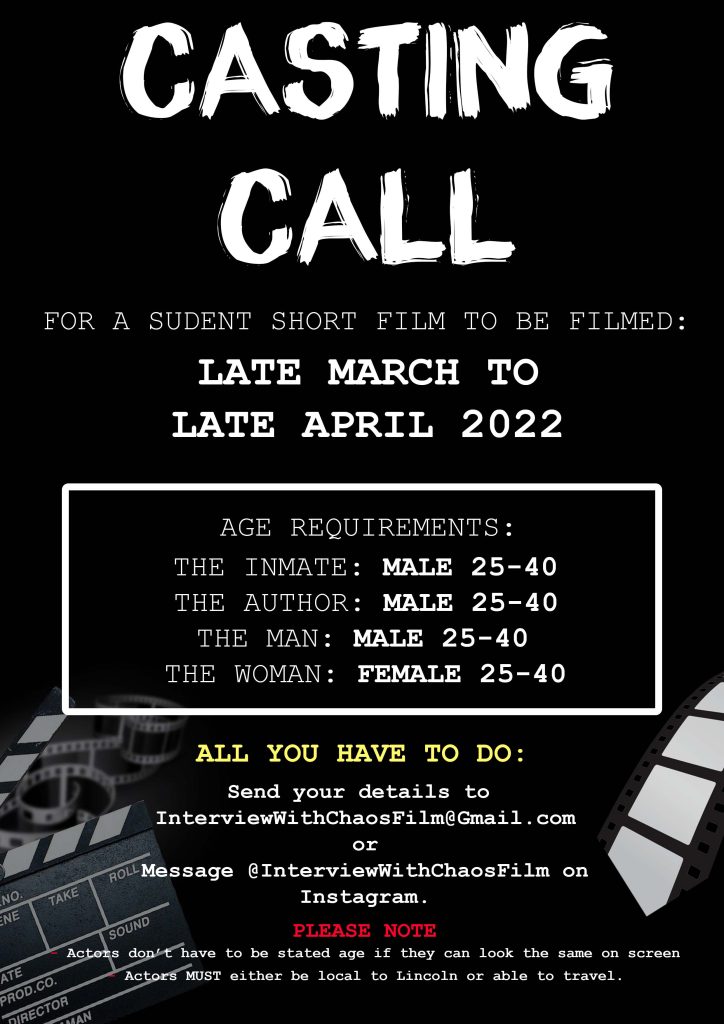 One thought on “Casting Multiple Roles for Student Film in Lincolnshire, England.”