The classic game show, Let’s Make A Deal, is now holding an online casting call, via zoom auditions for some upcoming Halloween episodes that will be allowing contestants to play from home via zoom.

The popular daytime game show had to revamp the classic “Let’s Make a Deal” format to deal with the last couple years and now it features a format that is a split between online contestants from all over the country and in-studio contestants that are on set in Los Angeles.  The new episodes of the classic game show feature a very small in studio group that are spaced far apart in colorful cubicles as well as zoom style live feeds of other contestants from all around the US that appear on giant TV screens behind the stage.  While it’s hard to see any costumes over the video feed, the in studio guests are keeping up the tradition of outrageous costumes for the TV audience watching.

The show has been on air since the 1960’s and is currently hosted by comedian Wayne Brady.  “Let’s Make a Deal” currently airs on CBS in morning or daytime slots.

You may also find the general casting information for let’s make a Deal here.

Here is the casting notice for the Halloween episodes:

We are currently casting super fun people nationwide to be contestants on the popular game show Let’s Make a Deal with host Wayne Brady! You can even play from home with ZOOM this season! I’ve attached a flyer below, and you can scan the QR code directly to apply from your phone or click the link below. Feel free to reach out with any questions!

But anyone can apply! 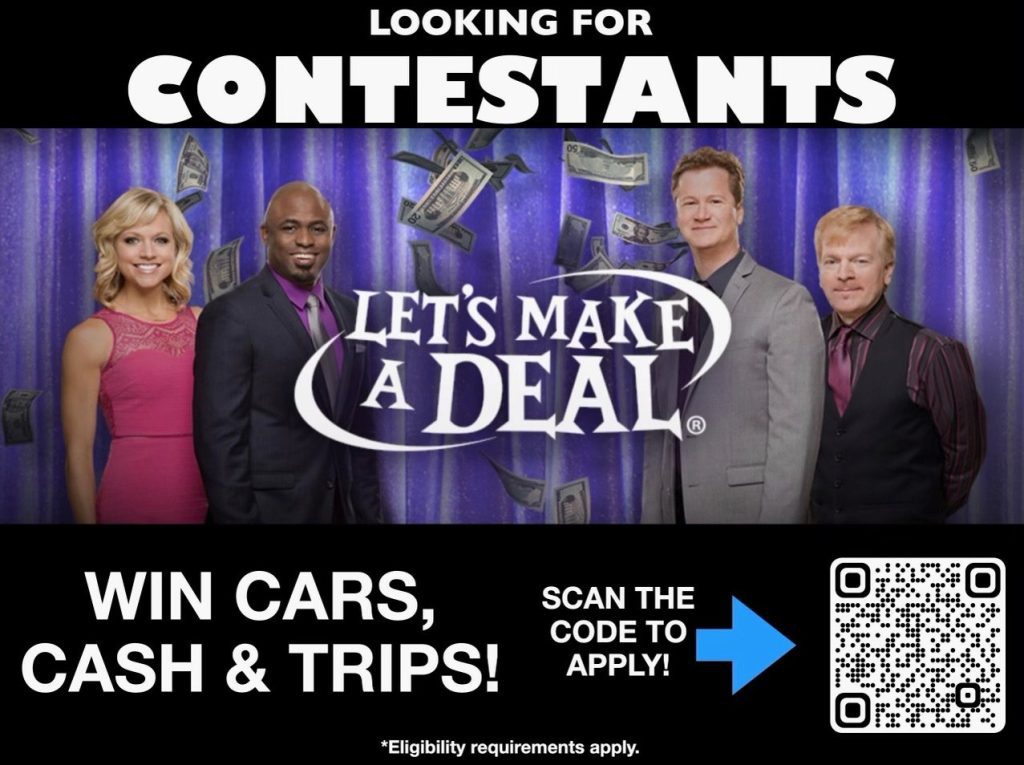 Again, you may check out the general auditions to be a contestant on the Let’s Make A Deal game show at: https://www.auditionsfree.com/2022/game-show-lets-make-a-deal-online-audition-information/