Seems that the decades old show is getting a revival and the show is now casting folks that would love to compete in what should be a word game. The new version of Password is being hosted by Jimmy Fallon.  The new version of the show is looking for contestants nationwide and is allowing people from all over the United States to apply to be on the game show via an online audition process.  Be sure to also check out all the other game shows that may be currently casting for contestants.

The word game Password is getting a reboot on NBC. Jimmy Fallon not only serves as host for the Password revival, but he is also producing it.

Password is being created for the Fremantle, the folks behind the popular series, American Idol.

The original version of Password aired on CBS and ran for a decade beginning in 1961 on CBS, later moving to ABC in the year 1971. The game show filmed over 1500 episodes. 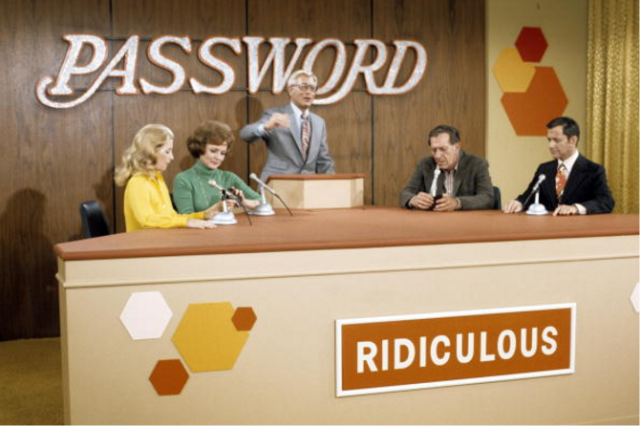 In the original game show:
Two contestants, each teamed with a celebrity partner, compete in a word-association game. One player tries to guess a word based on clues offered by his or her partner. The game is timed, and if the clue-giver inadvertently says part of the word, a buzzer sounds and that round is lost. When the time is up, the team with the most points wins, and the non-celebrity contestants wins cash.

Check out this blast from the past episode of the original Password show…with a young Betty White dated April 4th of 1967:

THE CLASSIC GAME SHOW IS BACK, AND WE ARE READY TO TEAM YOU UP WITH AMAZING CELEBRITIES FOR YOUR CHANCE TO WIN BIG MONEY!

IF YOU ARE READY TO PLAY THE GAME OF ONE WORD CLUES, THEN THE PASSWORD IS… “APPLY NOW!”
EMAIL @ [DARIANCASTING@GMAIL.COM] TO BE CONSIDERED! 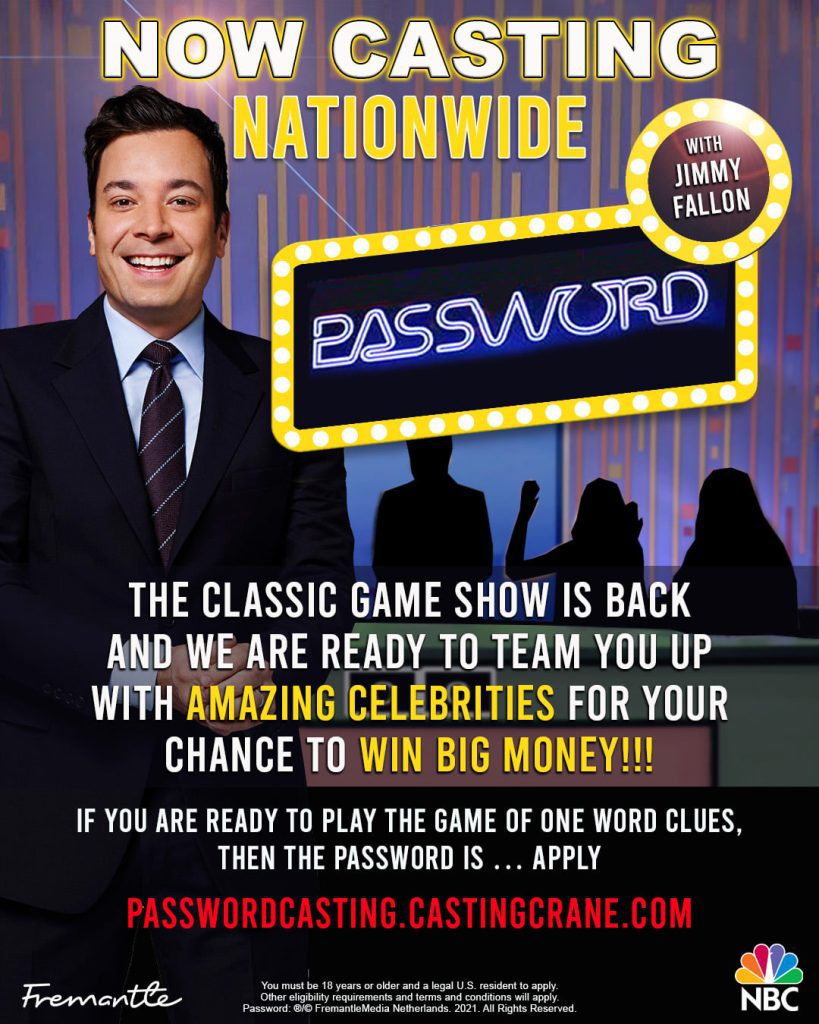