Casting Actors and Actresses Ages 25-35 To be featured in Kingdommtc ‘s/Kingdom Theatre 3rd Anniversary Celebration Saturday February 18th 2023. Features new off broadway drama “TABITHA ” as a sneak peak. Also Casting models to be hosts for this event Submit at actressclassy@gmail.com . Tabitha is set in New York City about a fashion company named after a biblical story of a designer named Tabitha. The fashion empire ran by 4 women who needs a personal resurrection of love healing and more. The charismatic men in their lives helps them

Submit headshots/resume to actressclassy@gmail.com We will schedule audition by appointment only

This casting notice was posted by: Kingdommtc 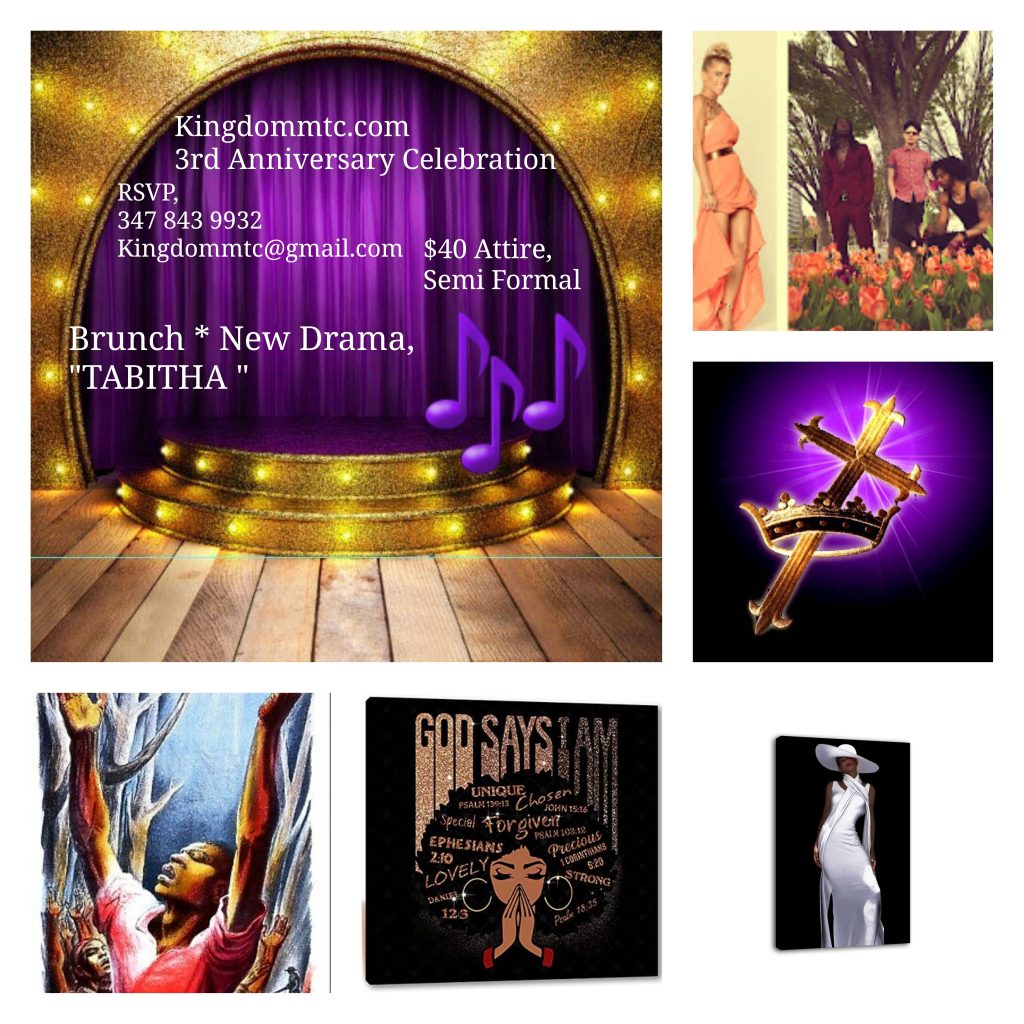