Open Auditions/Casting for Short Film: Shadow of the Mountain

SYNOPSIS
A quiet, remote village at the foot of a great mountain has struck a tenuous agreement with a creature that lives at the top of the mountain. A tribute must be given each year in order for the creature to leave the villagers alone but one villager holds a dark secret that causes the balance to shift.

WHY THIS PROJECT MATTERS
Bryant and Ben Hodson wrote/directed/produced the short film Marooned (http://www.imdb.com/title/tt2512486/) which went on to win the 2012 Houston International Film Festival. You can watch the full film here: (http://crankleft.com/films/marooned) Shadow of the Mountain will utilize all practical effects and will have a similar suspense feel to movies like The Sixth Sense and early Twilight Zone episodes. This film will be a strong contender at film festivals next year.

CASTING FOR THE FOLLOWING ROLES:
Grandson (Male Age: 7 – 11)
A curious, good-hearted boy who’s role model and mentor is his grandfather. His best friend is his dog. He is young enough to still have a believing heart but he’s also quite perceptive about things beyond his years.

Creature (Male Age: 18 – 30)
A hideous man who has become more animal than human. He feels wretched and curses his own existence yet nothing can overcome his growing lust for blood.

Hunter (Male Age: 18 – 30)
A proud warrior and the main hunter of the village. He talks big and is quite good at hunting local animals but hides a cowardly streak that he overcompensates for by boasting.

Older Woman (Female Age: 45 – 75)
The holy woman of the village. She’s wise and caring. She worries for the welfare of the others in the village but she is also a pragmatist that isn’t afraid to do what is necessary when the time comes.

Young Women (Female Age: 18 – 35)
A trusting person who idolizes the old man. The daughter of the old woman. She always tries to stay positive and uses this upbeat nature to overcome the growing fear in her heart about the creature.

AUDITION SCHEDULING:
To schedule your audition time, please email your photo, age, and the character you will audition for to: casting@crankleft.com 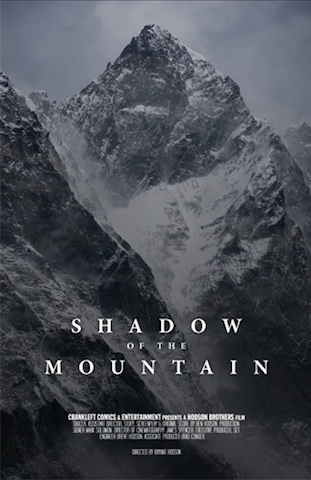 This casting notice was posted by: CrankLeft