HBO’s The Brink is about to start production in the L.A. area and Central Casting in Los Angeles will be having an open casting call for folks who would like to be extras on the show.

According to Screenrant, the new series will be directed by Jay Roach ( Austin Powers Films) and producing the show is  Jerry Weintraub (Ocean’s Eleven).  HBO’s The Brink is described as a pitch black comedy with an epic scope. 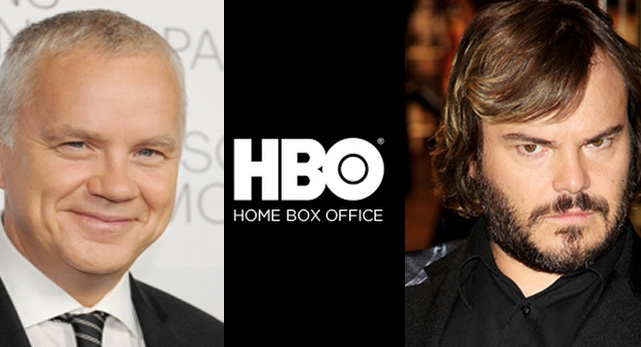 Speaking of HBO shows, there is another open casting call this weekend in New York City for a different HBO project that is currently un-named but being helmed by ’12 Years A Slave’ director, Steve McQueen.

The brink will need lots of Pakistani extras or Pakistani looking extras. Central Casting is holding an open casting call this coming Friday at their offices in Los Angeles. All ages over 18 are welcome to apply. The scene will be filming early next week on the 26th. Both Union and Non-Union extras are welcome to apply.

If interested, check out the below flyer for the open casting call to get all the details. 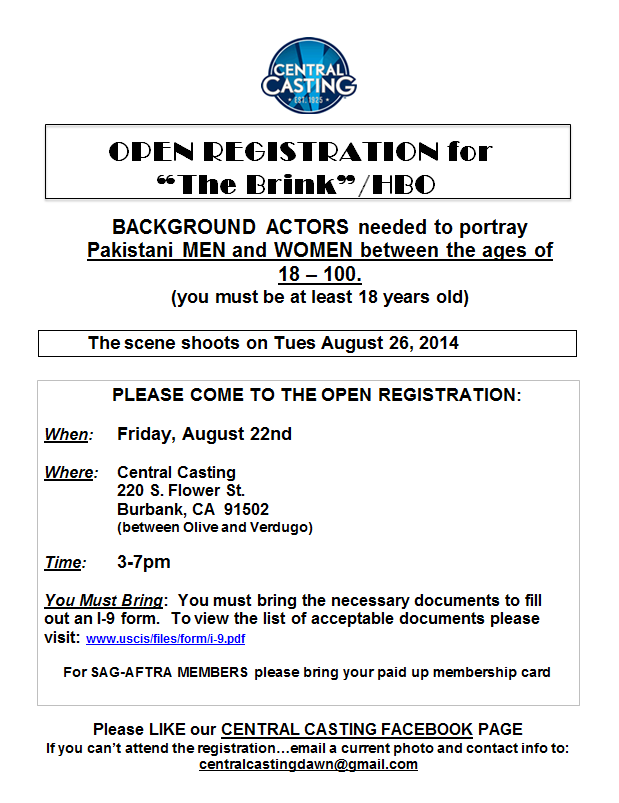