True Life has been airing on MTV since 1998. The show covers topics that are aimed at young adults and each episode follows a topic and the people involved or living with the issue on camera. The show is looking for people who appear to be between the ages on 18 and 28.

True Life has featured over 100 topics, some fun, and some hard hitting issues such as drug abuse over the show’s long run.

There are 2 casting flyers below, please check them out and follow the instructions for the one that interests you. 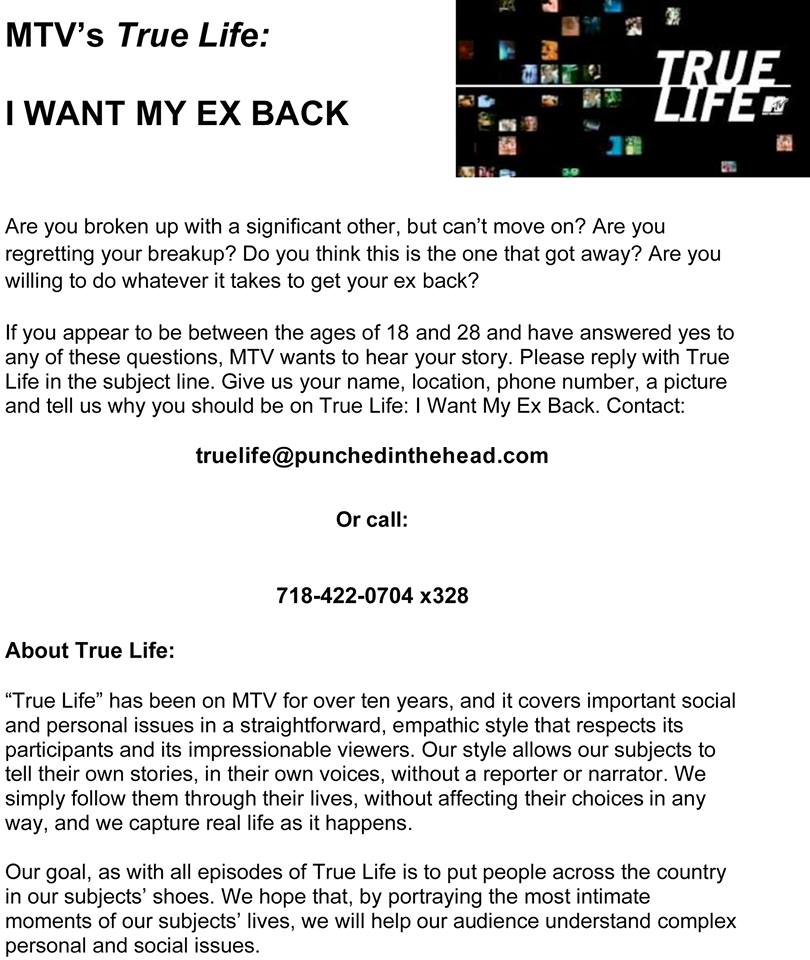 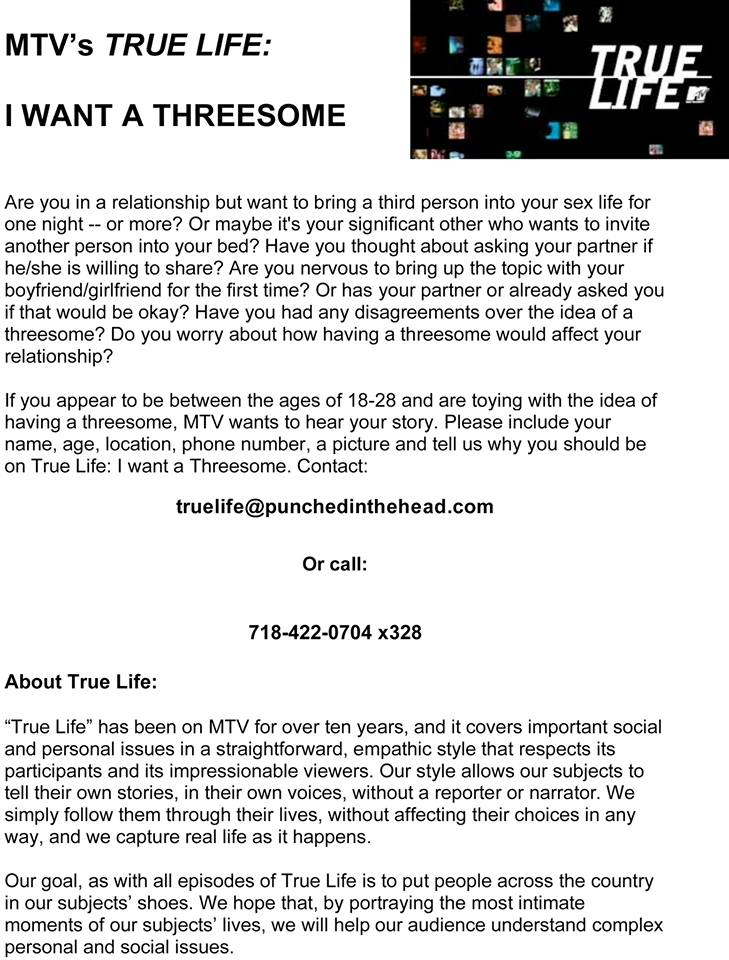