The film is shooting scenes in both Miami and Atlanta this summer and the Miami area open casting call for paid extras was just announced. Check out the casting flyer for all the details.

Casting directors with Marinella Hume will be out at the event this coming week to meet with folks who want to be cast for a small, extras part in the film. The open call will take place at the Hollywood Rotary Club in Hollywood Florida on Friday the 27th. The film needs many extras of all different types, some of the types they are interested in is upscale party guests, bouncers, models, Little Havana types and surfers. The film is also looking to cast cars in the film and is especially interested in Low Rider cars or trucks.

“Ride Along 2” will be directed by Tim Story and written by Phil Hay and Matt Manfredi. The film will star Kevin Hart, Tika Sumpter and Ice Cube. Ice Cube will also be producing the project along with Will Packer, Matt Alvarez and Larry Brezner. 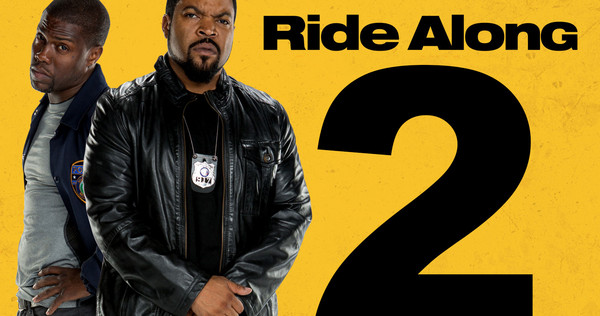 There will also be an open casting call for the film on the same day in Atlanta Georgia.  Atlanta area talent can check out the following link for more information “Ride Along 2? open casting call coming up in the Atlanta. 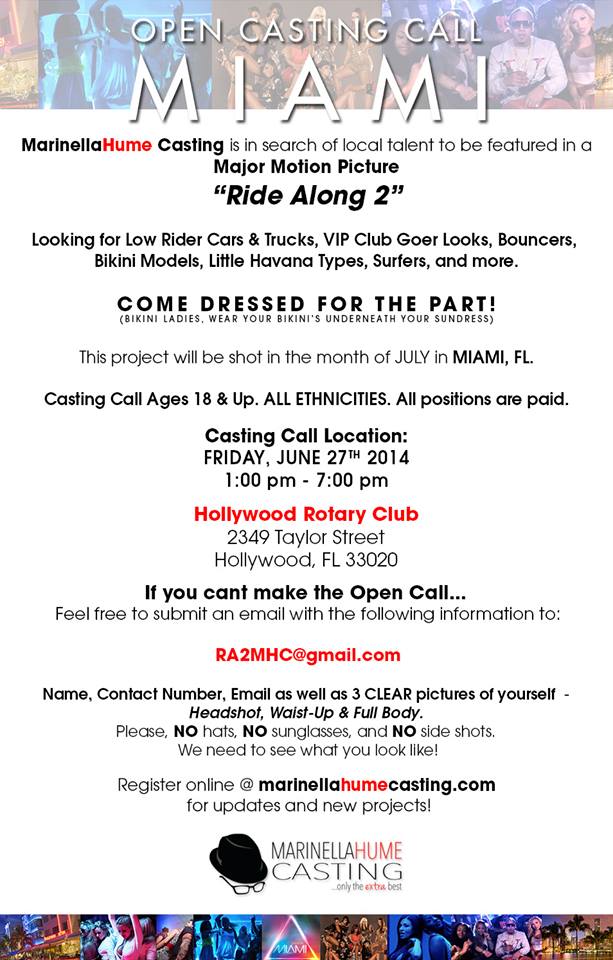 Those who cannot attend the open call may email their information.

Please see the above flyer for more details.